OPEC+ compliance with oil output cuts in July around 97%: sources

By Ahmad Ghaddar, Vladimir Soldatkin and Rania El Gamal LONDON/MOSCOW/DUBAI (Reuters) - Compliance with OPEC+ oil output cuts is seen at around 97% in July, two OPEC+ sources told Reuters on Monday, two days ahead of a meeting of key OPEC+ producers to review adherence with their production pact as demand slowly recovers. 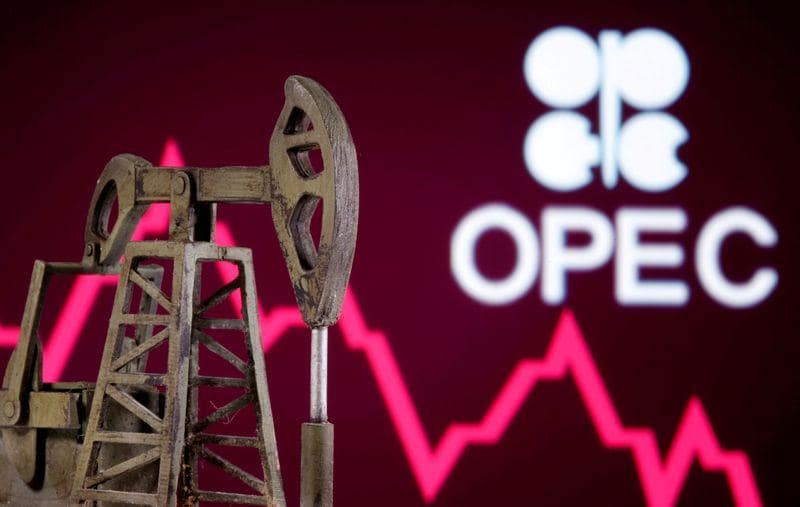 LONDON/MOSCOW/DUBAI (Reuters) - Compliance with OPEC+ oil output cuts is seen at around 97% in July, two OPEC+ sources told Reuters on Monday, two days ahead of a meeting of key OPEC+ producers to review adherence with their production pact as demand slowly recovers.

The Organization of the Petroleum Exporting Countries and allies including Russia, a group known as OPEC+, have been cutting output by a record volume since May to tackle the fallout from the COVID-19 pandemic which has hit oil demand.

July's compliance figure has not yet been finalised by a technical panel of key OPEC and non-OPEC producers, known as the JTC, which is holding a meeting on Monday, the sources said.

A ministerial OPEC+ monitoring committee, known as the JMMC, is meeting on Wednesday to review the oil market and compliance with the global oil supply reduction pact. The JMMC advises the whole of OPEC+ and does not make decisions.

OPEC+ sources said the JTC was not discussing any changes in the current production agreement and was focusing on adherence by countries such as Iraq, Nigeria and Kazakhstan, which have pledged to improve their compliance.

"There is no change," one of the sources said.

Compliance of 97% is high by OPEC standards. In July, top exporter Saudi Arabia was still pumping below its target and Iraq and Nigeria, while lagging the Gulf OPEC members on compliance, were pumping less than in earlier months, according to a Reuters survey and other assessments.

In August, OPEC+ eased its cuts to 7.7 million barrels per day (bpd) from 9.7 million bpd previously, a record cutback, as demand partially recovered.

Russian Energy Minister Alexander Novak said last week there had been no additional proposals to change the deal.

Brent crude rose above $45 a barrel on Monday and has more than doubled since reaching a 21-year low below $16 in April, thanks in part to the OPEC+ deal.[O/R]