One day ahead of deadline, Trump says he'll decide on auto tariffs 'soon'

WASHINGTON (Reuters) - U.S. President Donald Trump on Wednesday said he would make a decision soon on whether to impose tariffs on cars and auto parts imported into the United States but gave no other details. 'I'll make a decision soon, fairly soon,' he told reporters at the White House, one day ahead of a deadline to act. 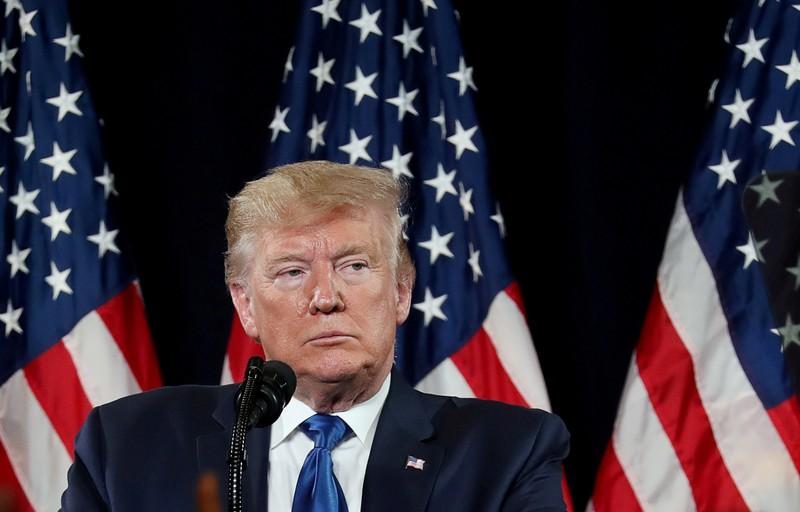 WASHINGTON (Reuters) - U.S. President Donald Trump on Wednesday said he would make a decision soon on whether to impose tariffs on cars and auto parts imported into the United States but gave no other details.

"I'll make a decision soon, fairly soon," he told reporters at the White House, one day ahead of a deadline to act.

The Republican president is weighing whether to impose the levy on vehicles and parts imported from the European Union, Japan and South Korea, although EU officials said they expect Trump to announce a delay this week.

Speaking to reporters at the White House at the start of a meeting with Turkish President Tayyip Erdogan, Trump said he had been briefed by his administration on the issue of auto tariffs but did not elaborate on his decision or the possible timing.

Trump's administration faces a Thursday deadline to decide whether to impose threatened "Section 232" national security tariffs of as much as 25% on imported vehicles and parts under a Cold War-era trade law.

U.S. and EU sources on Friday said they expect Trump to delay a decision on the auto tariffs for another 180 days, allowing time for negotiation with the EU and Japan on automotive trade barriers.

But they cautioned that no firm decision had been made and that the president was the ultimate decider. Auto industry executives also are expecting another delay in the decision

Trump said he wanted to expand U.S. trade with Turkey, now about $20 billion a year.

"We think that number should be easily $100 billion, which would be great for Turkey and great for us," Trump said.