By Stephanie Kelly NEW YORK (Reuters) - Oil prices rose on Friday on signs of surging demand in China, the world's No. 2 oil consumer, although prices were headed for a second weekly decline on swelling U.S. inventories and concern that trade wars were curbing economic activity 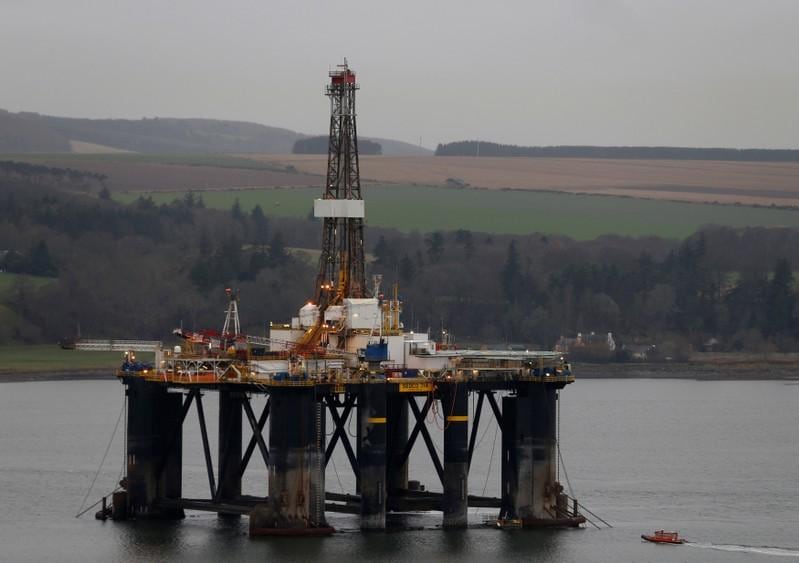 NEW YORK (Reuters) - Oil prices rose on Friday on signs of surging demand in China, the world's No. 2 oil consumer, although prices were headed for a second weekly decline on swelling U.S. inventories and concern that trade wars were curbing economic activity.

For the week, Brent fell 0.9 percent, while U.S. crude lost 3.1 percent. Both contracts have fallen around $7 a barrel below four-year highs reached in early October.

WTI's discount to Brent widened to its most since June 8, hitting $11.00 a barrel.

The data fed hopes about oil demand in China, even though economic growth slowed in the third quarter to its weakest since the global financial crisis.

An OPEC and non-OPEC monitoring committee found that oil producers' compliance with a supply-reduction agreement fell to 111 percent in September from 129 percent in August, three sources familiar with the matter said. The Organization of the Petroleum Exporting Countries has led cuts from major oil producers since 2017 to shore up prices.

"OPEC and non-OPEC production increases have not quite equalled the loss in Iranian supply, giving the market concern about whether or not they will be able to fulfil the shortfall," said Andrew Lipow, president of Lipow Oil Associates.

The market has been focused on U.S. sanctions on Iran, which take effect on Nov. 4 and are designed to cut crude exports from the country.

Rising supplies, particularly at Cushing, Oklahoma, the delivery hub for WTI, pushed the market into contango, in which nearby prices trade lower than forward prices. This happened on Thursday for the first time since May 22.