Oil up 1 percent as market focuses on supply risks 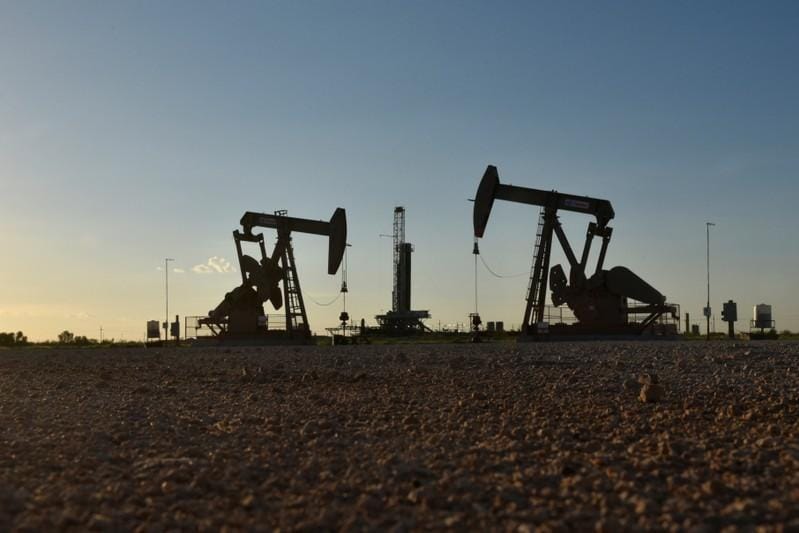 In Libya, fighting between Khalifa Haftar's Libyan National Army and the internationally recognized government has raised the prospect of lower supplies from the OPEC member.

"Global supply is falling faster than people think. The market is imbalanced," said Phil Flynn, an analyst at Price Futures Group in Chicago. "The continuing loss of Venezuelan oil is going to take its toll. The OPEC cuts are going to take their toll."

Adding downward pressure, however, were concerns about Russia's willingness to stick with OPEC-led supply cuts and expectations of higher U.S. inventories.

Oil prices have gained this year more than 30 percent, helped by the deal between the Organisation of the Petroleum Exporting Countries and other producers including Russia. The group has been cutting output since Jan. 1 and will decide in June whether to continue the arrangement.

Gazprom Neft, the oil arm of Russian gas giant Gazprom, expects the global oil deal between OPEC and its allies to end in the first half of the year, a company official said on Tuesday.

Russia and the producer group may decide to boost output to fight for market share with the United States, TASS news agency сited Finance Minister Anton Siluanov as saying on Saturday.

"There is a growing concern that Russia will not agree on extending production cuts and we could see them officially abandon it in the coming months," said Edward Moya, senior market analyst at OANDA.

Also weighing on prices, U.S. crude inventories are expected to have risen by 1.7 million barrels last week, the fourth straight weekly increase. However, gasoline stockpiles were forecast to have fallen for nine straight weeks with refining rates at below 90 percent of total capacity since early February due to seasonal maintenance. [EIA/S]

The first of this week's stockpile reports is due at 4:30 p.m. EDT (2030 GMT) from the American Petroleum Institute, followed by government data on Wednesday.