By Laila Kearney NEW YORK (Reuters) - Oil steadied on Monday as optimism over the U.S. stimulus package and the start of a European vaccination campaign was balanced out by weak demand and the prospect of higher OPEC+ output. 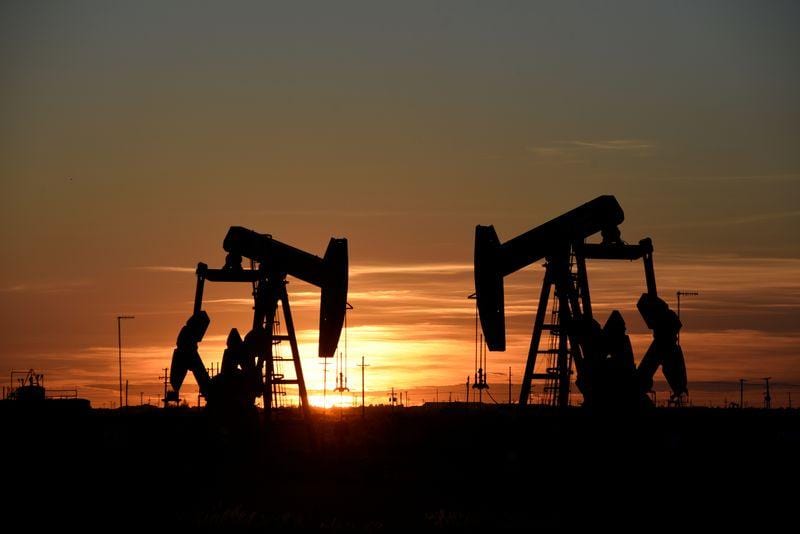 NEW YORK (Reuters) - Oil steadied on Monday as optimism over the U.S. stimulus package and the start of a European vaccination campaign was balanced out by weak demand and the prospect of higher OPEC+ output.

After U.S. President Donald Trump backed down from a threat to block a $2.3 trillion package to counteract a coronavirus-driven economic downturn, Democrats on Monday will try to push through larger $2,000 relief payments. Europe on Sunday began a mass COVID-19 vaccination drive.

"The signing of the U.S. stimulus bill, with the possibility of an increased size, should put a floor under oil prices in a shortened week," said Jeffrey Halley, analyst at broker OANDA.

Oil has recovered from historic lows hit this year as the pandemic hammered demand. Brent reached $52.48 on Dec. 18, its highest since March.

But the emergence of a new variant of the virus in the United Kingdom has led to movement restrictions being reimposed, hitting near-term demand and weighing on prices.

Oil remains vulnerable to any further setbacks in efforts to control the virus, said Stephen Innes, chief global market strategist at Axi, in a note.

Also coming into focus will be a Jan. 4 meeting of the Organization of the Petroleum Exporting Countries and allies including Russia, a group known as OPEC+.

"While much focus will remain on the demand side of the global oil balances this week and into the new year, the supply side of the equation will be garnering more attention next month after OPEC + cranks up its production allowances," said Jim Ritterbusch of Ritterbusch and Associates in Houston.

The group is tapering record oil output cuts made this year to support the market.

OPEC+ is set to boost output by 500,000 barrels per day in January and Russia supports another increase of the same amount in February.