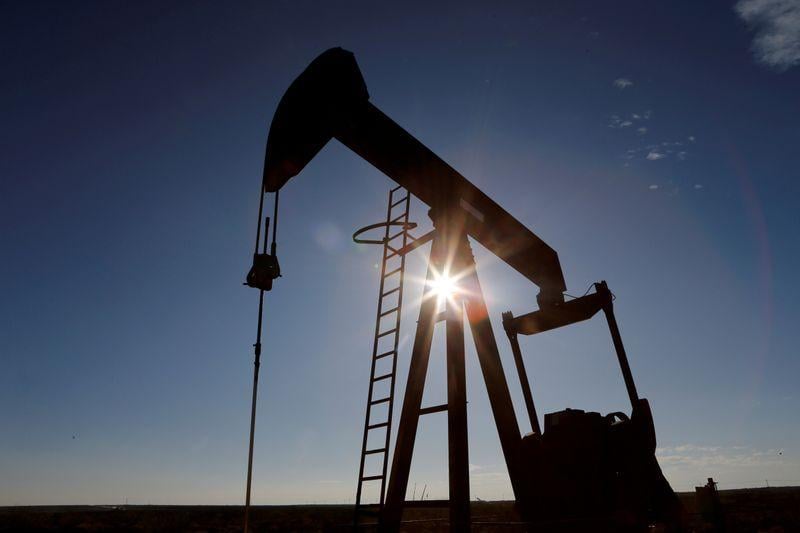 The oil market has been under pressure in recent days, hit by concerns about weaker fuel demand as several European countries went into lockdown to curb the coronavirus

. New infections spiked in the United States as well.

Both contracts fell more than $2 earlier in the session.

Oil pared some losses after Japan's export orders grew for the first time in two years and China's factory activity rose to its highest in nearly a decade in October. Further, U.S. manufacturing activity accelerated more than expected in October, with new orders jumping to their highest level in nearly 17 years.

U.S. stock indexes, which energy futures at times track with, rose on Monday. Analysts said the election outcome most likely to shake equity markets in the near-term would be if there is no clear winner on Tuesday night, as several states remain where votes will need to be counted. [.N]

President Donald Trump will face off against Democratic candidate Joe Biden in the election, which has spiked concerns nationwide about turbulence and protests stemming from the results.

"The concerns over oil supply and demand fundamentals ... are going to play second fiddle to the U.S. presidential election and to how risk markets will react to the outcome," said BNP Paribas analyst Harry Tchilinguirian.

infection rates that have accelerated over the past month.

Global oil trading companies and analysts expect further demand destruction because of the resurgence of virus cases, though estimates differ.

Rystad Energy sees demand peaking in 2028, instead of in 2030, and sees a slower recovery next year.

"The lockdowns will stunt economic recovery in the short-term and in the long-term and the pandemic will also leave behind a legacy of behavioral changes that will also affect oil use," said Rystad Energy's Artyom Tchen.

That, and the recent rebound in U.S. operating rigs, is worrying investors concerned about supply again outpacing demand.

Output from the Organization of the Petroleum Exporting Countries (OPEC) rose for a fourth month in October, a Reuters survey found.

OPEC and allies including Russia are cutting output by about 7.7 million bpd to support prices. This OPEC+ group is scheduled to hold a policy meeting on Nov. 30 and Dec. 1, with some analysts expecting a postponement of plans to ramp up output by 2 million bpd from January.

(Reporting by Stephanie Kelly in New York; additional reporting by Bozorgmehr Sharafedin in London and Florence Tan in Singapore; Editing by Marguerita Choy and David Goodman)