By Stephanie Kelly NEW YORK (Reuters) -Global crude prices slipped on Thursday and lost more than a fifth of their value in volatile trade in 2020, as lockdowns to combat the novel coronavirus depressed economic activity and slammed fuel demand. Still, Brent and U.S 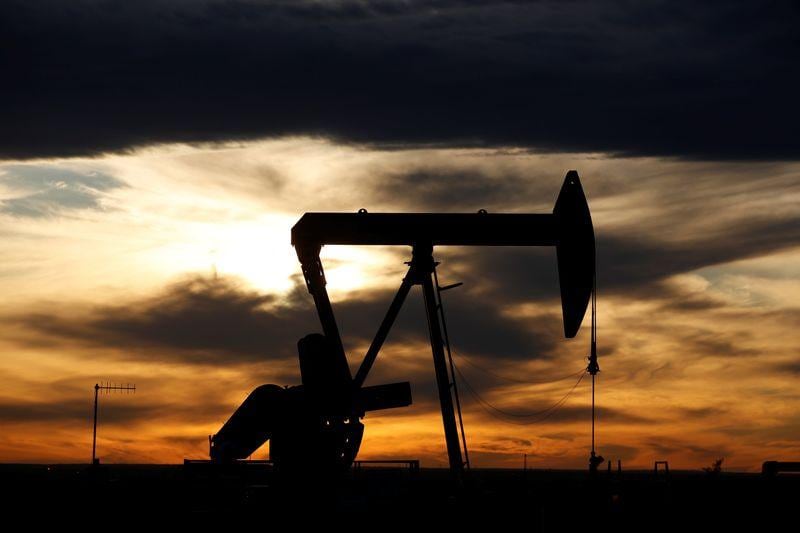 NEW YORK (Reuters) -Global crude prices slipped on Thursday and lost more than a fifth of their value in volatile trade in 2020, as lockdowns to combat the novel coronavirus

Still, Brent and U.S. crude benchmarks have more than doubled from April's decade lows. The start of coronavirus

vaccinations bolstered demand in the fourth quarter, and prices recovered to the highest in about 10 months.

pandemic and a price war between oil giants Saudi Arabia and Russia. WTI plummeted to a record low negative-$40.32 per barrel, while Brent fell to $15.98 barrel, the lowest since 1999.

From there prices drifted higher and took off once vaccine optimism hit the market.

"The first half was remarkable and unprecedented with a steep move lower and a snapback rally," said John Kilduff, a partner at Again Capital Management in New York. "Then it was like watching paint dry for several months through October."

Though prices have climbed the last two months, additional lockdowns have weighed again on fuel demand and a new, highly infectious variant of the virus has raised alarms.

News of the variant being found in countries China and the United States weighed on oil futures on Thursday.

A monthly Reuters poll on Thursday showed oil prices are not expected to make much progress in 2021.

And the demand outlook for fuel still remains murky. U.S. gasoline futures are down more than 17%, while U.S. heating oil futures have fallen more than 27% year to date.

Some commodity markets, including spot Asian LNG and silver, were ending 2020 on a strong note, with recovering demand and widespread stimulus packages buoying prices. Rollouts of vaccines to combat the virus and trillions of dollars' worth of fiscal support were expected to boost investment and spending in 2021.

U.S. stock indexes were set to end 2020 with solid gains, while Asian shares were due to end a tumultuous 2020 at record highs. [MKTS/GLOB]

Meanwhile, the dollar was ending the year in a downward spiral, with investors putting more money into riskier assets as the United States printed money to fund swelling budget and trade deficits. [USD/]

The next major oil price driver will come Monday as the Organization of the Petroleum Exporting Countries and allies including Russia, a group known as OPEC+, plan to debate boosting crude output from February.