Oil slips but holds near 2019 peak as supplies tighten 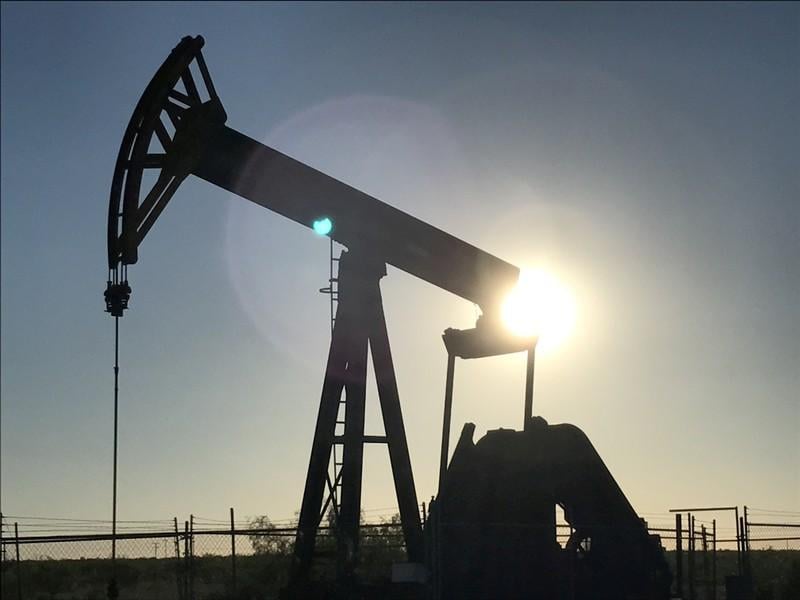 "The market is getting a little hesitant up at these levels," said Phil Flynn, an analyst at Price Futures Group in Chicago.

Absent news events, the market will pull back, he said. As a result, Friday's U.S. oil rig count will be closely watched as a forward-looking production indicator, he said.

U.S. energy firms last week reduced the number of oil rigs operating for a fourth week in a row with drilling slowing to its lowest in nearly a year, according to Baker Hughes energy services firm.

"Why are oil prices not rallying through the roof? We suspect the sword of Damocles hanging over the market is currently called U.S.-Chinese trade talks," Tamas Varga, analyst at brokerage PVM, said in a note.

Crude prices have been pushed up by almost a third since the start of 2019 by supply cuts led by the Organization of the Petroleum Exporting Countries, as well as U.S. sanctions against Iran and Venezuela.

The drop in production has led to a tightening in global inventories. Consultancy JBC Energy estimated stocks had run down by a "solid" 40 million barrels since mid-January.

That followed a 10-million-barrel fall in U.S. crude stocks last week, the largest drop since July, due to strong export and refining demand, according to the U.S. government.

"Venezuelan exports to the U.S. have finally dried up, after the sanctions were placed on them by the U.S. administration earlier this year," ANZ bank said.

Iranian oil shipments have slumped. The United States aims to cut Iran's crude exports by about 20 percent to below 1 million bpd from May by requiring importing countries to reduce purchases to avoid U.S. sanctions.

OPEC will likely decide to extend its production-cutting deal with Russia at the organisation's next meeting in June, RBC Capital Markets said in a note.

"With the driver of the OPEC bus, Saudi Arabia, showing no signs of wavering in the face of renewed pressure from Washington, we believe that OPEC is likely to extend the deal for the duration of 2019," RBC said.

However, crude output production in the United States, the world's biggest producer, returned to its record of 12.1 million bpd last week,

(Additional reporting by Ron Bousso in London, Henning Gloystein in SINGAPORE and Colin Packham in SYDNEY; Editing by Dale Hudson and Marguerita Choy)