By Scott DiSavino NEW YORK (Reuters) -Oil prices slipped from multi-month highs in volatile trade on Monday as U.S. stocks fell near 2% on concerns over the outcome of runoff elections in Georgia. 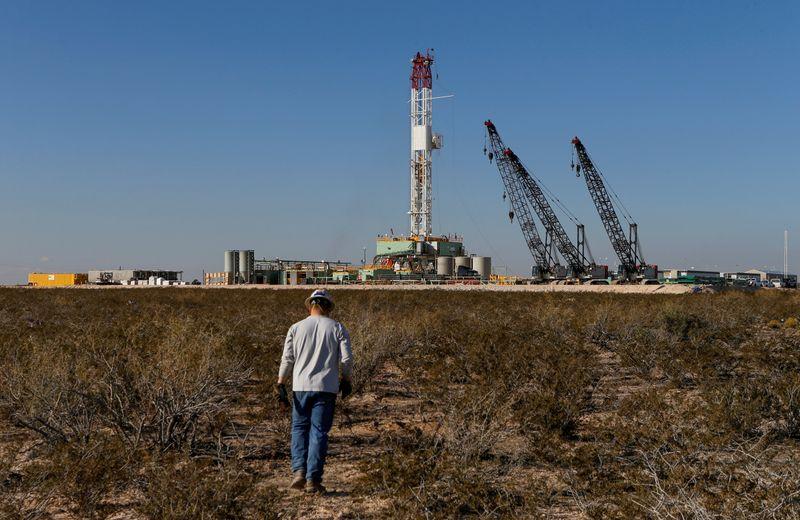 NEW YORK (Reuters) -Oil prices slipped from multi-month highs in volatile trade on Monday as U.S. stocks fell near 2% on concerns over the outcome of runoff elections in Georgia.

The oil market pared earlier losses after the Organization of the Petroleum Exporting Countries (OPEC) and allies, known as OPEC+, could not decide on Monday whether or not to increase output in February and will meet again on Tuesday.

The S&P 500 and the Dow also fell from record levels on the first trading day of the year as President Donald Trump travels to Georgia in a bid to keep the U.S. Senate in the hands of his Republican Party.

OPEC+ increased output by 500,000 barrels per day (bpd) this month but some members have questioned the need to increase more from February due to an upsurge in the COVID-19

"Vaccine rollouts have not been as successful for most of the world and that does not bode well for the case to hike oil production by another 500,000 bpd in February," said Edward Moya, senior market analyst at OANDA in New York.

In Europe, England was preparing for a new coronavirus

lockdown, while Germany was weighing whether to allow a delay in administering a second dose of the COVID-19

No diplomatic ties to Qatar yet, but trade, travel resuming, says UAE

By Lisa Barrington DUBAI (Reuters) - Arab states boycotting Qatar could resume travel and trade links with Doha within a week under a U.S.-backed deal, but restoring diplomatic ties requires more time as parties work to rebuild trust, a United Arab Emirates official said on Thursday. Gulf powerhouse Saudi Arabia announced the breakthrough in ending a bitter dispute at a summit on Tuesday, with its foreign minister saying Riyadh and its allies would restore all ties with Doha severed in mid-2017. UAE Minister of State for Foreign Affairs Anwar Gargash told a virtual news conference that measures to be implemented within a week of the agreement "include practical measures of airlines, shipping and trade".

By Tracy Rucinski (Reuters) - U.S airlines and law enforcement agencies have bolstered security at Washington-area airports on Thursday after supporters of President Donald Trump caused mayhem in the U.S. capital in an attempt to overturn his election loss.

'He hasn't even called us': Pelosi says Capitol Police chief should resign