By Laura Sanicola NEW YORK (Reuters) - Oil futures tumbled on Wednesday after U.S. President Donald Trump said he was working on a strong response to China's proposed security law in Hong Kong and as some traders doubted Russia's commitment to deep production cuts 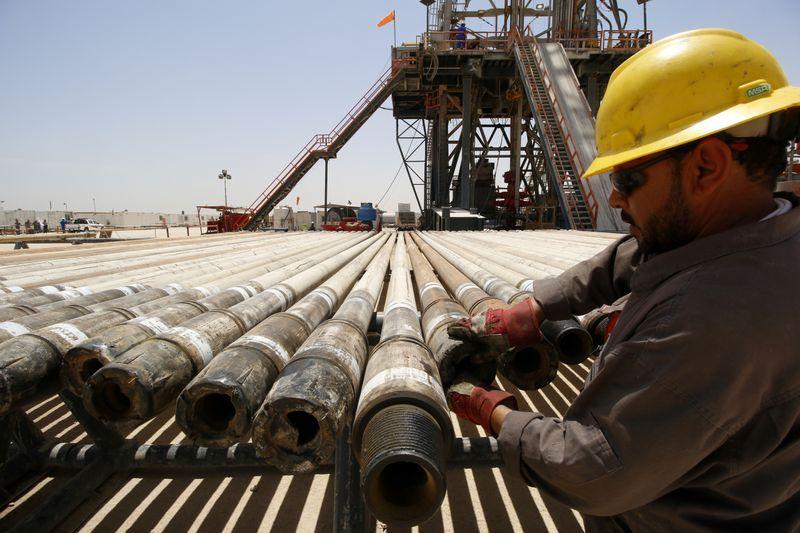 NEW YORK (Reuters) - Oil futures tumbled on Wednesday after U.S. President Donald Trump said he was working on a strong response to China's proposed security law in Hong Kong and as some traders doubted Russia's commitment to deep production cuts.

Still, many felt Russia was sending mixed signals ahead of the meeting in less than two weeks between the Organization of the Petroleum Exporting Countries and its allies.

The group known as OPEC+ is cutting output by nearly 10 million barrels per day (bpd) in May and June.

"It sounds great on paper, but the market is holding back excitement until we get a few more details about whether there will be cuts, how many barrels will be cut, and the length of the cuts," said Phil Flynn, senior analyst at Price Futures Group.

Meanwhile, tensions between the U.S. and China continued to rise after China announced plans to impose new national security legislation on Hong Kong, prompting protests in the street.

U.S. Secretary of State Mike Pompeo said he had certified that Hong Kong no longer warrants special treatment under U.S. law as it did when it was under British rule, a blow to its status as a major financial hub.

GRAPHIC: Weekly changes in petroleum stocks in the U.S. https://fingfx.thomsonreuters.com/gfx/editorcharts/bdwvkrmkxpm/eikon.png

Gloomy forecasts over the economic impact of the pandemic also weighed on crude.

The U.S. Labor Department will report on Thursday.

"Reduction of the huge domestic crude surplus of around 47 million barrels is proceeding at a much slower pace than the decline in production as refiners have been hesitant in ramping up activities," Jim Ritterbusch, president of Ritterbusch and Associates in Galena, Illinois, said in a report.

The euro zone economy will probably shrink between 8% and 12% this year, European Central Bank President Christine Lagarde said, warning the outcome would be between medium and severe.

In another sign of weak fuel demand, Japan's refineries operated at only 56.1% of capacity last week, the lowest since at least 2005.