By Florence Tan SINGAPORE (Reuters) - Oil prices slipped on Friday, on track for a weekly loss, as investors' focus shifted to lacklustre demand and ample fuel supplies, offsetting support from a weak dollar. 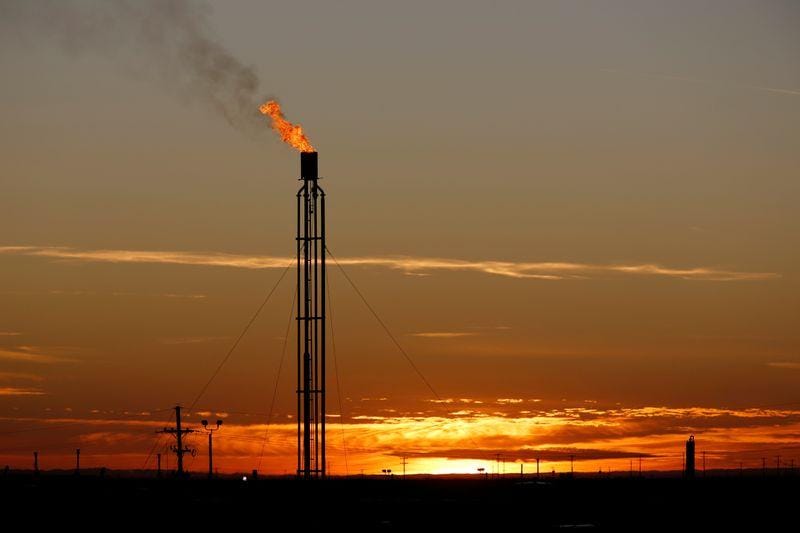 SINGAPORE (Reuters) - Oil prices slipped on Friday, on track for a weekly loss, as investors' focus shifted to lacklustre demand and ample fuel supplies, offsetting support from a weak dollar.

The volume of crude arriving in China, the world's largest crude importer, is set to slow in September after rising for five straight months as its refiners gradually digest bloated inventories, according to data on Refinitiv Eikon.

In the United States, refiners awashed in diesel inventory are unlikely to boost output soon.

"Soft margins are likely to cap further crude rallies and we anticipate further run cuts this fall to expedite the rebalancing of product stocks," RBC Capital analyst Mike Tran said in a note.

Production cuts led U.S. gasoline inventories to fall at a "manic" pace in the past two months, even though U.S. mobility indicators suggest that driving patterns have largely plateaued over the past 6-8 weeks, he added.