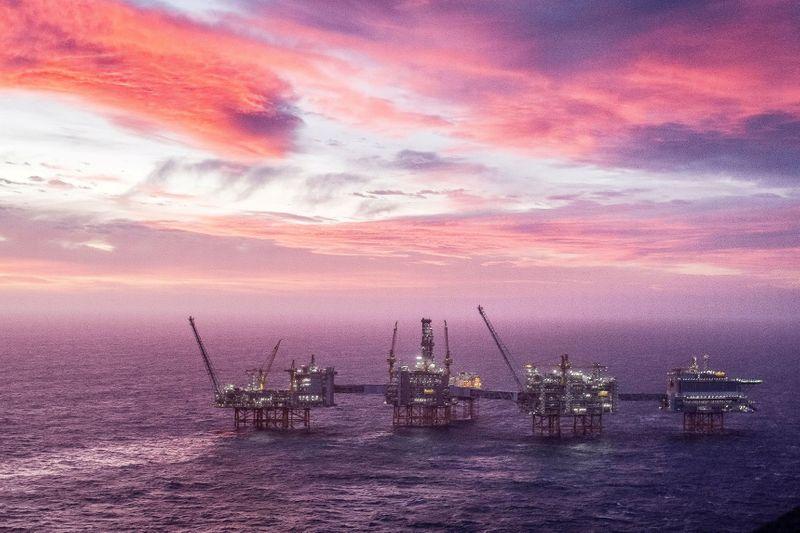 Prices are being supported by the prospect of a pick-up in fuel demand as New York state, New Jersey and Connecticut look to ease pandemic curbs and the EU plans to open up to foreign visitors who have been vaccinated, analysts said.

"The current strength is led by U.S. gasoline, where demand is seen as healthy as more motorists take to the roads," said PVM Oil Associates analyst Tamas Varga.

"Yesterday's stock market strength is being followed through this morning in the oil market ... the market focuses on the successful rollout of vaccine programmes in the U.S. and in other developed countries and not on the devastation in India and Brazil."

For further signs of rising U.S. oil demand, traders will be watching for reports on crude and product stockpiles from the American Petroleum Institute on Tuesday and the U.S. Energy Information Administration on Wednesday.

Five analysts polled by Reuters estimated on average that U.S. crude inventories fell by 2.2 million barrels in the week to April 30. Oil inventories rose in the previous two weeks.

The rate of refinery utilisation was expected to have increased by 0.5 percentage points last week, from 85.4% of total capacity in the week ended April 23, the poll showed.

A weaker dollar, hit by an unexpected slowdown in U.S. manufacturing growth, also helped to shore up oil prices on Tuesday. The lower dollar makes oil more attractive to buyers holding other currencies.

In India, the total number of infections rose to just short of 20 million after the country registered more than 300,000 new cases for a 12th straight day, which is expected to hit fuel demand in the world's most populous country behind China.

"Strong demand forecasts for the second part of 2021 are providing a bullish seat for traders to drive rallies, not allowing any strong negative price reaction to drag for long, even at times of crisis, such as the recent one in India," said Rystad Energy analyst Louise Dickson.

"In fact, looking at balances going forward, prices will likely climb again to about $70 per barrel in the coming months, unless we see another policy change by OPEC+."

(Reporting by Julia Payne in London, Sonali Paul in Melbourne and Roslan Khasawneh in Singapore; Jan Harvey and David Goodman)