By Devika Krishna Kumar NEW YORK (Reuters) - Oil prices rebounded on Tuesday, supported by robust economic data from China that offset returning supply in other regions but gains were capped by forecasts for a slow recovery in global oil demand as coronavirus cases rise. Brent crude futures ended up 73 cents, or 1.8%, to $42.45 a barrel while U.S 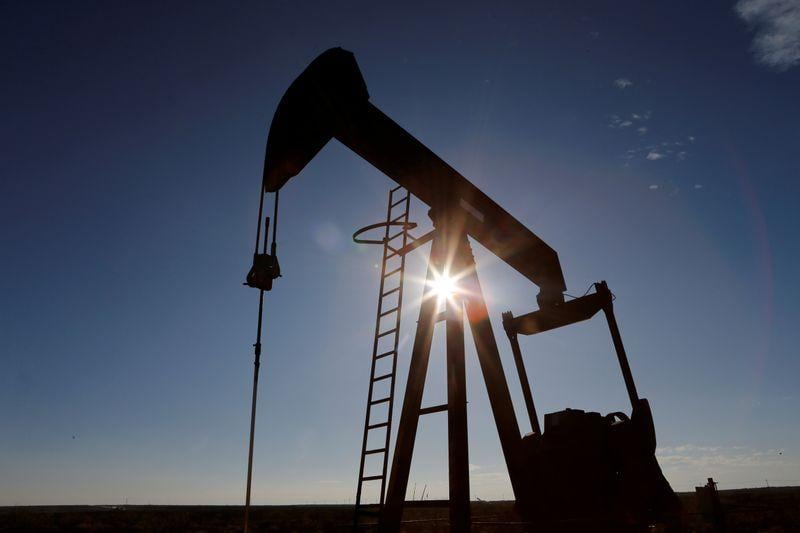 NEW YORK (Reuters) - Oil prices rebounded on Tuesday, supported by robust economic data from China that offset returning supply in other regions but gains were capped by forecasts for a slow recovery in global oil demand as coronavirus

China, the world's top crude oil importer, took in 11.8 million barrels per day (bpd) of oil in September, up 5.5% from August and up 17.5% from a year earlier, but still below the record high level of 12.94 mln bpd in June, customs data showed.

"Oil prices, which suffered quite a blow the previous day, were looking for a bright spot and Tuesday offered just that," said Rystad Energy's senior oil markets analyst Paola Rodriguez-Masiu.

"We find that China's record haul of crude growth is poised to cease as independent refineries have nearly fully utilized their state-issued import quotas and companies struggle with extremely high crude inventories. Therefore, despite the initial enthusiasm, we find that the uptick in oil prices today is unjustified."

The International Energy Agency (IEA) - which advises Western governments on energy policy - said in its World Energy Outlook that in its central scenario a vaccine and therapeutics could mean the global economy rebounds in 2021 and energy demand recovers by 2023.

But under a "delayed recovery scenario," it said the energy demand recovery is pushed back to 2025.

"The era of global oil demand growth will come to an end within the next 10 years, but in the absence in a large shift in government policies, I don't see a clear sign of a peak," IEA chief Fatih Birol told Reuters.

The Organization of the Petroleum Exporting Countries (OPEC) also forecast a slower demand recovery on Tuesday.

, and French Prime Minister Jean Castex said he could not rule out local lockdowns.

On the supply side, workers have been returning to U.S. Gulf of Mexico platforms after Hurricane Delta and Norwegian workers to offshore rigs after ending a strike.

The energy minister from the United Arab Emirates (UAE) said on Tuesday that OPEC+ oil producers will stick to their plans to taper oil production cuts from January.

Libya's total output on Monday was expected to hit 355,000 bpd while a full return of the 300,000 bpd Sharara field would nearly double that.