Oil rises, hovers below $50/bbl on hopes for U.S. stimulus

By Jessica Resnick-Ault NEW YORK (Reuters) - Brent crude oil futures rose more than 1% on Friday, remaining just under $50 a barrel, as expectations of a U.S. economic stimulus package and the possibility of a vaccine for the coronavirus overrode rising supply and increased COVID-19 deaths 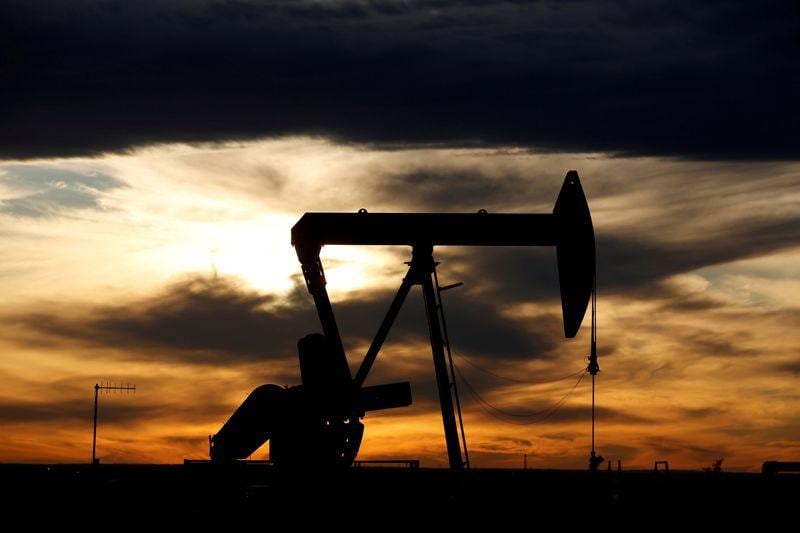 NEW YORK (Reuters) - Brent crude oil futures rose more than 1% on Friday, remaining just under $50 a barrel, as expectations of a U.S. economic stimulus package and the possibility of a vaccine for the coronavirus overrode rising supply and increased COVID-19 deaths.

Both benchmarks gained for a fifth consecutive week, with Brent up 1.7% and U.S. crude up 1.9%.

"We're higher, despite super bearish events - it's all about stimulus," said Bob Yawger, director of energy futures at Mizuho in New York. "You can't go home short this weekend because they could sign a deal this weekend."

OPEC+, comprising of the Organization of the Petroleum Exporting Countries and its allies, on Thursday agreed on a compromise to increase output slightly from January but continue the bulk of existing supply curbs to cope with coronavirus-hit demand.

OPEC and Russia agreed to ease deep oil output cuts from January by 500,000 barrels per day with further as yet undefined increases on a monthly basis, failing to reach a compromise on a broader policy for the rest of 2021.

OPEC+ had been expected to continue existing cuts until at least March, after backing down from plans to raise output by 2 million bpd.

The increase means the group will reduce production by 7.2 million bpd, or 7% of global demand from January, compared with current cuts of 7.7 million bpd.

While some analysts saw an undersupplied oil market even under the new higher supply quotas, others expected the barrels would tip the market into oversupply.

Wood Mackenzie analysts, for example, expect that if the increases continue through March, there might be 1.6 million bpd unwanted in the first quarter.

The premium of Brent crude futures for nearby delivery to future months is at its highest since February, a structure called backwardation, which usually points to supplies tightening up and suggests receding fears of a current glut.

U.S. production, meanwhile, has recovered from the two-and-a-half-year lows touched in May mainly because shale producers have brought wells back online in response to rising prices.