By Jessica Resnick-Ault NEW YORK (Reuters) - Oil edged higher on Thursday, driven by the prospect of a shortfall in global supply once U.S. 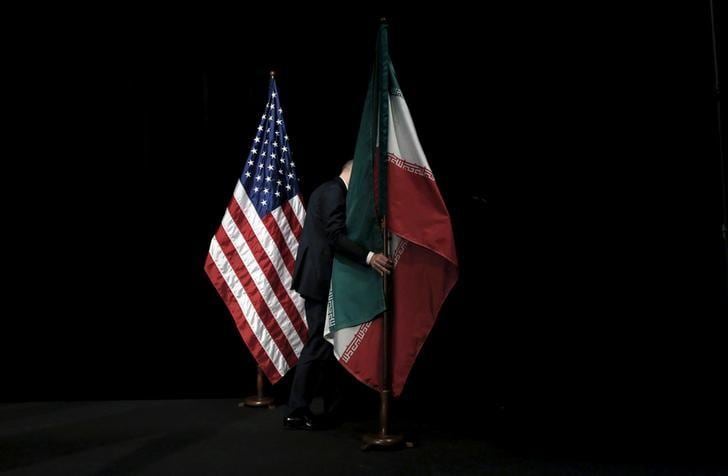 NEW YORK (Reuters) - Oil edged higher on Thursday, driven by the prospect of a shortfall in global supply once U.S. sanctions against major crude exporter Iran come into force in five weeks.

U.S. President Donald Trump this week demanded that the Organization of the Petroleum Exporting Countries raise production to prevent further price rises ahead of midterm elections in November for U.S. Congress members.

"The market continues to move higher on fears that the loss of Iranian exports is not going to be made up," said Gene McGillian, director of market research at Tradition Energy, in Stamford Connecticut.

"On paper, you could argue that the technical and fundamental perspective points to higher prices, so I think that will carry on into next week and further out," Saxo Bank senior manager Ole Hansen said.

Yet Hansen said he was "struggling to see" the price reaching $100 a barrel.

"Already at $80, we are seeing emerging-market local oil prices pretty close to where we peaked a few years ago ... the race to protect consumers from further price rises from here could potentially impact demand growth sooner than would otherwise have been expected," Hansen said.

But Japanese bank Mitsubishi UFJ Financial Group said in a note to clients that market risks "are heavily skewed to the upside and whilst we are not explicitly forecasting Brent to rise to $100 per barrel, we see material risks of this coming to fruition."

Estimates vary widely on how much Iranian crude U.S. sanctions could remove from the market, from 500,000 barrels per day (bpd) to 2 million bpd.

At its 2018 peak in May, Iran exported 2.71 million bpd, nearly 3 percent of daily global crude consumption.

Saudi Arabia will quietly add extra oil to the market in coming months to offset a drop in Iranian production but is worried it might need to limit output next year as the United States pumps more crude.

(Reporting by Amanda Cooper in London Additional reporting by Henning Gloystein in SINGAPORE; Editing by David Gregorio and Marguerita Choy)