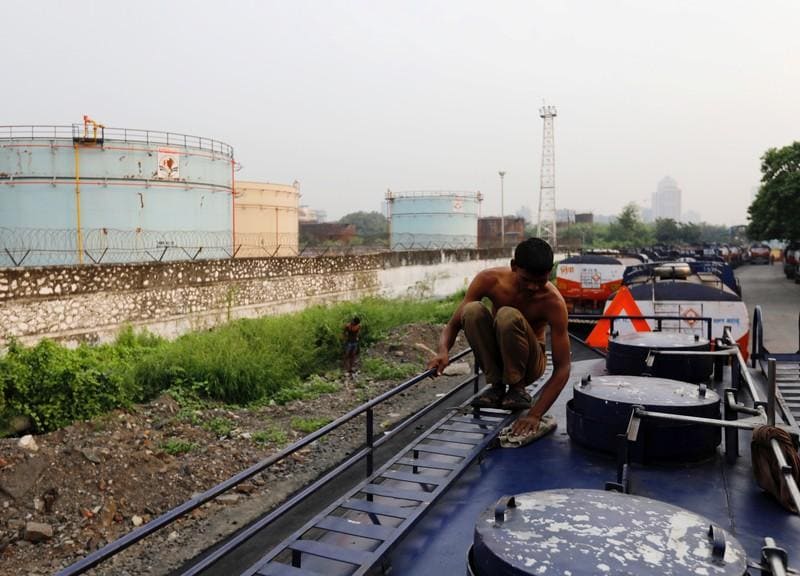 The Organisation of the Petroleum Exporting Countries, led by Saudi Arabia, is considering a cut of up to 1.4 million barrels per day (bpd) next year to avoid the kind of build in global inventories that prompted oil prices to crash between 2014 and 2016.

"Oil prices shrug the (EIA) data off so far," Commerzbank commodities analyst Carsten Fritsch said. "One explanation could be that a substantial production cut by OPEC becomes more likely."

Earlier in the day, two-high ranking Russian sources told Reuters that Russia wanted to stay out of any oil-production cuts touted by some of its partners in the OPEC-led supply pact.

The head of Libyan state oil firm NOC said in a statement on Thursday that it was important for OPEC and non-OPEC producers to cooperate to maintain oil market stability.

The International Energy Agency (IEA) and OPEC this week warned of a sizeable surplus at least in the first half of 2019, and possibly beyond, given the pace of growth in non-OPEC production and slower demand in heavy consumers such as China and India. [IEA/M] [OPEC/M]

Oil prices have lost about a quarter of their value in only six weeks, pressured by a slowing global economy and soaring crude output led by the United States. U.S. crude production climbed to 11.7 million bpd, the highest on record, according to EIA data on Thursday.

China is the world's biggest oil importer and the second-largest crude consumer.