Oil rebounds from rout on signs of strong product demand 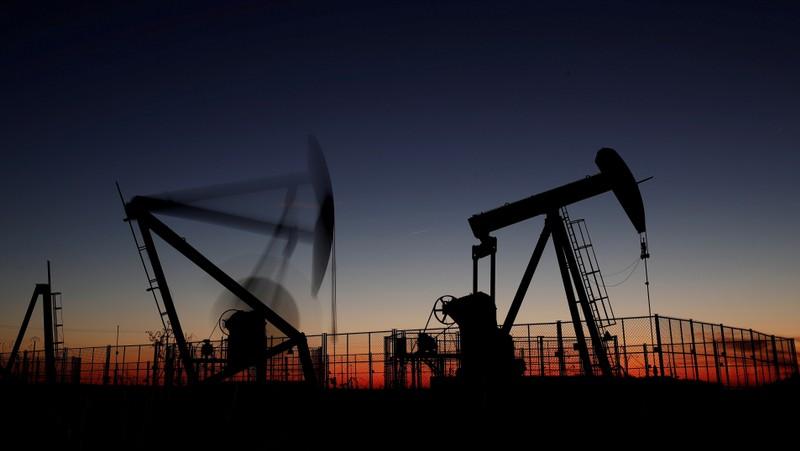 Sentiment remains negative, however, as investors grapple with weakening demand and worries about oversupply.

Crude inventories fell by 497,000 barrels in the week to Dec. 14, smaller than the decrease of 2.4 million barrels analysts had expected. The decline was the third consecutive decrease, the U.S. Energy Information Administration said.

Distillate stockpiles, which include diesel and heating oil, fell by 4.2 million barrels, versus expectations for a 573,000-barrel increase, the EIA said. Distillate demand rose to the highest since January 2003, which bolstered buying, particularly in heating oil futures, the market's proxy for diesel.

"The complex is piecing together a modest advance so far today but only one that offsets a miniscule portion of recent losses," Jim Ritterbusch, president of Ritterbusch and Associates, said in a note.

The markets slumped on Tuesday, extending a recent run of poor performance. Global benchmark Brent tumbled 5.6 percent on Tuesday, just above a 14-month low reached during the session, while WTI lost 7.3 percent, its lowest since August 2017.

Broader financial markets have been under pressure on worries that higher U.S. interest rates could slow domestic growth.

The Federal Reserve is expected to raise interest rates on Wednesday. The central bank is due to announce its decision at 2 p.m. EST (1900 GMT).

Both Brent and WTI have fallen more than 30 percent since the beginning of October as crude supply has increased.

But the cuts will not happen until next month and production has been at or near record highs in the United States, Russia and Saudi Arabia.

Russian oil output has been running at a record 11.42 million bpd so far this month, an industry source told Reuters.

Saudi Arabia's energy minister, Khalid al-Falih, said on Wednesday he expected global oil stocks to fall by the end of the first quarter.

(Reporting by Stephanie Kelly in New York, Christopher Johnson in London and Meng Meng and Aizhu Chen in Singapore; editing by Alexander Smith and Phil Berlowitz)