Oil prices steady after falling to more than one-week lows 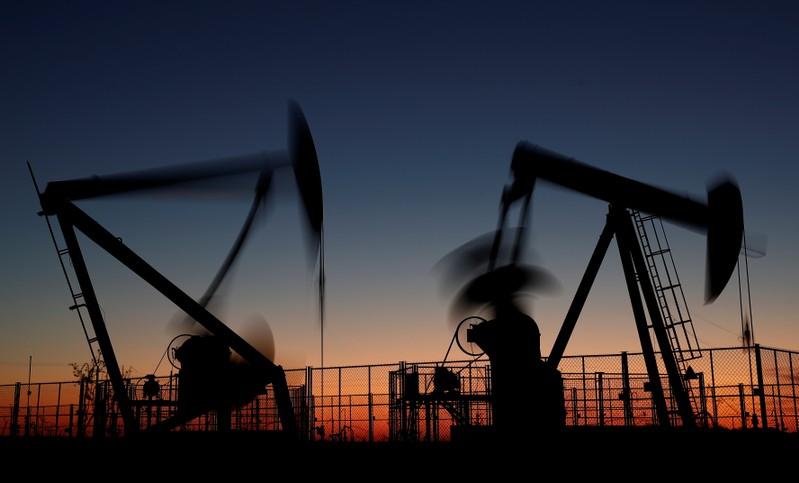 TOKYO (Reuters) - Oil steadied after falling more than 3% overnight, with U.S. crude trailing Brent after U.S. inventory data fell short of expectations, amid conflicting signals from the U.S. and Iran over the disputes that have roiled prices recently.

Iran denied it was willing to negotiate over its ballistic missile programme, contradicting a claim by U.S. Secretary of State Mike Pompeo, and appearing to undercut Trump's statement that Washington had made progress on its disputes with Tehran.

Tensions between the United States and Iran over Tehran's nuclear programme have lent support to oil futures, given the potential for a price spike should the situation deteriorate.

Crude inventories fell by 1.4 million barrels in the week to July 12 to 460 million, industry group the American Petroleum Institute said on Tuesday. That compared with analysts' expectations for a decrease of 2.7 million barrels.

Gasoline stocks fell by 476,000 barrels, compared with analysts' expectations in a Reuters poll for a 925,000-barrel decline.

Distillate fuels stockpiles, which include diesel and heating oil, rose by 6.2 million barrels, compared with expectations for a 613,000-barrel gain, the API data showed.

Official data is due out later today from the U.S. government's Energy Information Administration.

Still, more than half the daily crude production in the U.S. Gulf of Mexico remained offline on Tuesday in the wake of Hurricane Barry, the U.S. drilling regulator said, as most oil companies were re-staffing facilities to resume production.

Bureau of Safety and Environmental Enforcement said 1.1 million barrels per day of oil, or 58% of the region's total, and 1.4 billion cubic feet per day of natural gas output remained shut.