By Laura Sanicola NEW YORK (Reuters) - Oil prices were steady on Friday, weighed down by concerns about the surge in coronavirus cases sapping fuel demand while major crude-producing nations ready increases in output. The United States reported at least 75,000 new COVID-19 cases on Thursday, a daily record. Spain and Australia reported their steepest daily jumps in more than two months, while cases continued to soar in India and Brazil. 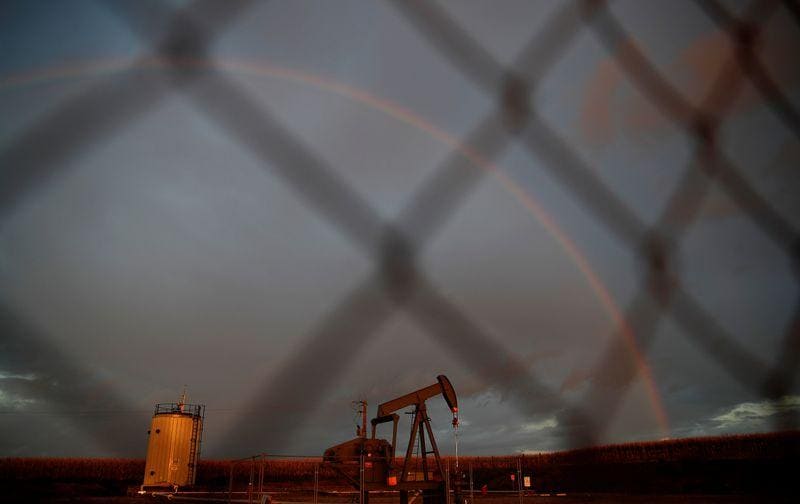 NEW YORK (Reuters) - Oil prices were steady on Friday, weighed down by concerns about the surge in coronavirus cases sapping fuel demand while major crude-producing nations ready increases in output.

Fuel demand has broadly recovered from a 30% drop in April after nations worldwide restricted movements and businesses shuttered. Consumption remains below pre-pandemic levels, however, and fuel purchases are falling again as infections rise.

Lawmakers in the United States and the European Union are set to debate more stimulus over the coming days.

Benchmark crude fell 1% on Thursday after the Organization of the Petroleum Exporting Countries and its allies, a group known as OPEC+, agreed to trim record supply cuts of 9.7 million barrels per day (bpd) by 2 million bpd, starting in August.

U.S. energy firms cut the number of oil and natural gas rigs operating to a record low for an 11th week in a row, according to data on Friday from energy services firm Baker Hughes Co

Firms have slowed reductions as some consider returning to the well pad with crude prices up from historic lows. Energy firms could start adding rigs later this year if prices remain stable at higher levels.

"U.S. rig activity will bottom near 250 rigs or roughly today's levels," analysts at Raymond James said. They expect the rig count to average 270 in the second half of 2020.