Oil prices slip towards 18-month lows ahead of New Year

By Noah Browning LONDON (Reuters) - Oil prices fell on Friday, shedding early gains on profit-taking ahead of the New Year holiday as global crude benchmarks moved back towards their lowest levels in more than a year. Brent crude oil fell 56 cents to a low of $51.60 a barrel before recovering some ground to trade around $52.05 by 1300 GMT, having earlier risen more than 3 percent. The futures contract dropped 4.2 percent on Thursday. 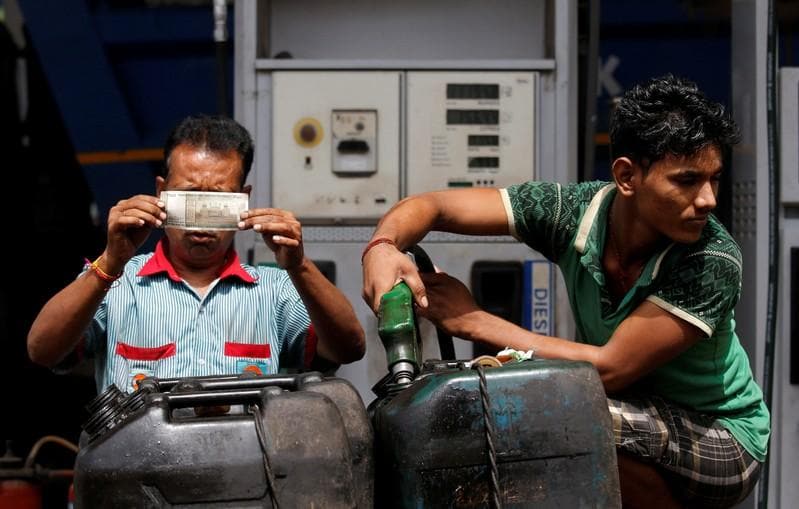 LONDON (Reuters) - Oil prices fell on Friday, shedding early gains on profit-taking ahead of the New Year holiday as global crude benchmarks moved back towards their lowest levels in more than a year.

Brent crude oil fell 56 cents to a low of $51.60 a barrel before recovering some ground to trade around $52.05 by 1300 GMT, having earlier risen more than 3 percent. The futures contract dropped 4.2 percent on Thursday.

Oil prices fell to their lowest in almost 18 months this week and are down more than 20 percent for the year, depressed by rising U.S. supply and concern over global economic growth.

Stock markets in Europe and Asia rose on Friday after Wall Street ended a volatile session with big gains, but fears of further price swings and worries about U.S. politics kept investors cautious.

Traders appeared to be squaring their books ahead of expected light volumes on Monday and a market closure on Tuesday for the New Year's Day holiday.

"Looks like some people in the U.S. and U.K. got a nice opportunity to bail out of longs," Sukrit Vijayakar, principal and trader at Trifecta Consultants in Mumbai, told Reuters Global Oil Forum.

Stephen Innes, head of trading for Asia-Pacific at futures brokerage Oanda in Singapore, said crude prices had been pressured by slowing economic growth "coupled with the expectation of strong U.S. production in the new year".

U.S. crude inventories rose 6.9 million barrels to 448.2 million barrels in the week to Dec. 21, according to the American Petroleum Institute. The U.S. Energy Information Agency (EIA) will publish its data at 1600 GMT.

"If the EIA's data shows a rise in U.S. crude inventories, that would cap price gains," Ahn said.

The United States has emerged as the world's biggest crude producer this year, pumping 11.6 million barrels per day (bpd), more than both Saudi Arabia and Russia.

Russian Energy Minister Alexander Novak said on Thursday that Russia would cut its crude output by between 3 million and 5 million tonnes in the first half of 2019 as part of a deal between producers.

Earlier this month, the Organization of the Petroleum Exporting Countries and its allies including Russia, agreed to cut output by 1.2 million bpd, or more than 1 percent of global consumption, starting in January.

(Reporting by Christopher Johnson and Noah Browning in London and Jane Chung in Seoul; Editing by Susan Fenton)