By Laila Kearney NEW YORK (Reuters) - Oil fell on Friday, but prices were set for a third straight weekly gain amid the easing of U.S.-Chinese trade tensions, which has boosted business confidence and the outlook for global economic growth. 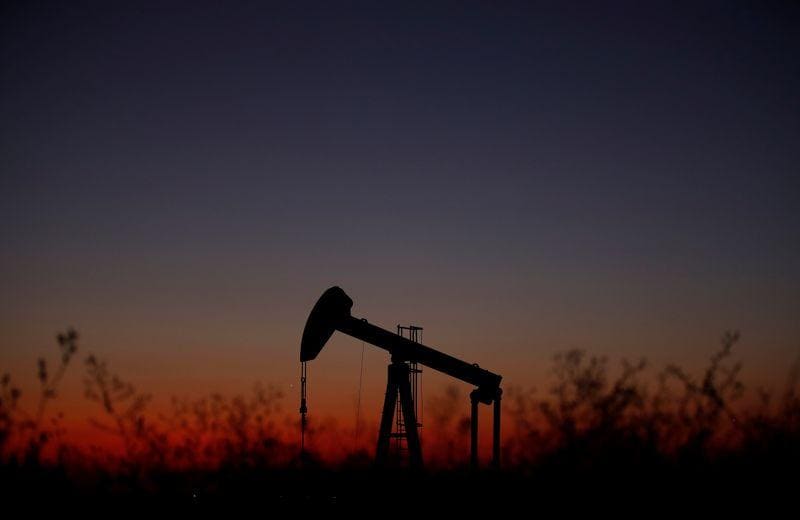 NEW YORK (Reuters) - Oil fell on Friday, but prices were set for a third straight weekly gain amid the easing of U.S.-Chinese trade tensions, which has boosted business confidence and the outlook for global economic growth.

"The oil market in general has been supported from good news on the trade front," said Andy Lipow, president of Lipow Oil Associates in Houston.

Some selling ahead of the Christmas and New Year's Day holidays was pushing prices lower, said Phil Flynn, an analyst at Price Futures Group in Chicago.

"We've had a pretty good run the last couple of days, and I think the bulls are nervous about carrying positions into the holiday," Flynn said.

A rise in the U.S. oil rig count, an indicator of future supply from the world's largest producer, also put pressure on prices.

U.S. energy firms added the most oil rigs this week since February 2018, even though producers have been reducing spending on new drilling, energy services firm Baker Hughes Co

Companies added 18 oil rigs in the week to Dec. 20, bringing the total count to 685, the most since early November, Baker Hughes said.

The end of 2019 offered much noise but little direction, and prices were treading water on average, Julius Baer analyst Carsten Menke said. "Looking forward into 2020, commodities as an asset class should continue to trade range-bound for most of the year," Menke said.

Meanwhile, France's CGT oil sector workers union plans to step up a nationwide strike but will leave the decision over whether to halt production at refineries for workers to decide early next week, a CGT union official said.

(Additional reporting by Bozorgmehr Sharafedin in London and Jane Chung in Seoul; Editing by Susan Fenton, Alexander Smith, Jane Merriman and Will Dunham)