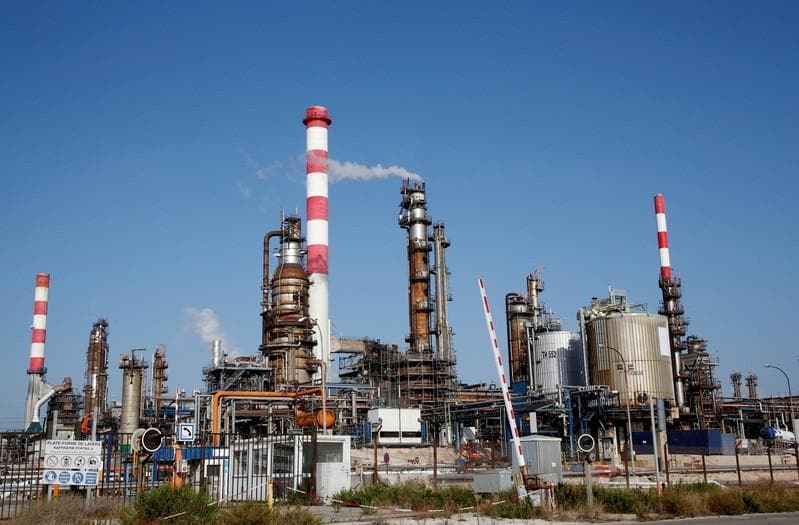 The daily slides followed a session in which both benchmarks posted their largest quarterly declines of the year.

U.S. manufacturing activity tumbled to a more than 10-year low in September as the U.S.-China trade war weighed on exports, according to a survey from the Institute for Supply Management (ISM).

"It was a very disappointing number overall and that's why oil prices gave up their earlier gains," said Phil Flynn, an analyst with Price Futures Group in Chicago.

The manufacturing activity index showed a reading of 47.8, according to the ISM report, shrinking for the second straight month and below economists' expectations of 50.1. A reading below 50 indicates contraction.

Oil futures also tracked a loss in equities, which similarly took a hit from the factory data out of the world's largest economy. [.N]

Crude production from the Organization of the Petroleum Exporting Countries fell to the lowest in eight years in September at 28.9 million bpd, down 750,000 bpd from August's revised figure and the lowest monthly total since 2011, a Reuters survey found, which led to a rally earlier in the session.

Output at the world's two largest producers, the United States and Russia, also fell in July and September respectively.

Russia's output declined to 11.24 million bpd in Sept. 1-29, down from 11.29 million bpd in the previous month, sources said, although it is still above the quotas set in an output deal between Russia and OPEC.

News that Saudi Aramco has restored full oil production and capacity to the levels they were at before attacks on its facilities on Sept. 14 weighed on oil prices on Monday. Saudi Arabia pumped about 9.78 million barrels per day (bpd) in August.