By Stephanie Kelly NEW YORK (Reuters) - Oil prices fell on Friday and posted a weekly loss on a faster-than-expected recovery in Saudi output, while investors also worried about global crude demand amid slowing Chinese economic growth. During a volatile session, Brent crude futures fell 83 cents, or 1.3%, to settle at $61.91 a barrel, after dropping to a session low of $60.76 a barrel 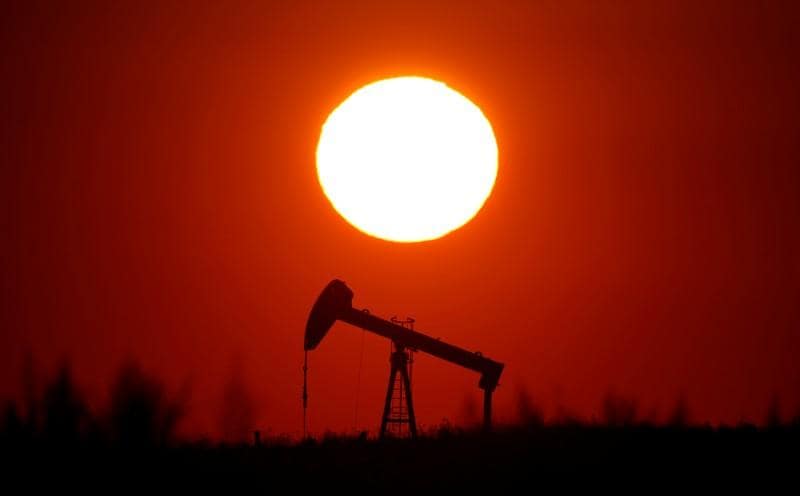 During a volatile session, Brent crude

Brent fell 3.7% for the week, its biggest weekly loss since early August. WTI lost 3.6%, its steepest loss since mid-July.

Crude futures fell along with other higher-risk assets after news the U.S. government is considering the possibility of delisting Chinese companies from U.S. exchanges, a source briefed on the matter said on Friday. The move would be a radical escalation of trade tensions between the U.S. and China.

Earlier in the session, futures fell after Iranian President Hassan Rouhani said the United States offered to remove all sanctions on Iran in exchange for talks. However, U.S. President Donald Trump then said he had refused the request by Tehran.

"Saudi Arabia has occupied centre stage in prompting a major upswing in oil price volatility through most of this month both on a daily and weekly basis," Jim Ritterbusch, of Ritterbusch and Associates, said in a note.

Brent is just above its level before attacks on Saudi facilities on Sept. 14, which initially halved the kingdom's production.

Sources told Reuters this week that Saudi Arabia had restored capacity to 11.3 million barrels per day. Saudi Aramco has yet to confirm it is fully back online.

The International Energy Agency (IEA) said it might cut its estimates for global oil demand for 2019 and 2020 should the global economy weaken further.

Key oil freight rates from the Middle East to Asia rocketed as much as 28% on Friday in the global oil shipping market, spooked by U.S. sanctions on units of China's COSCO for alleged involvement in ferrying crude out of Iran.

The COSCO vessels account for about 7.5% of the world's fleet of supertankers, Refinitiv data showed.

"An impeachment would add to the uncertainty of the U.S. economy," Flynn said.

In an indication of future production, U.S. energy firms reduced the number of oil rigs this week, and for a record 10th month in a row. Drillers cut six oil rigs in the week to Sept. 27, bringing the total count down to 713, the lowest since May 2017, General Electric Co's

Money managers cut their net long U.S. crude futures and options positions in the week to Sept. 24 by 8,199 contracts to 212,561, the U.S. Commodity Futures Trading Commission (CFTC) said on Friday.

(Additional reporting by Shadia Nasralla in London and Roslan Khasawneh in Singapore; Editing by Marguerita Choy and Tom Brown)