By Yuka Obayashi TOKYO (Reuters) - Oil prices rose on Tuesday, extending gains for a fourth straight session, amid signs that producers are cutting output as promised just as demand picks up, stoked by more countries easing out of curbs imposed to counter the coronavirus pandemic. 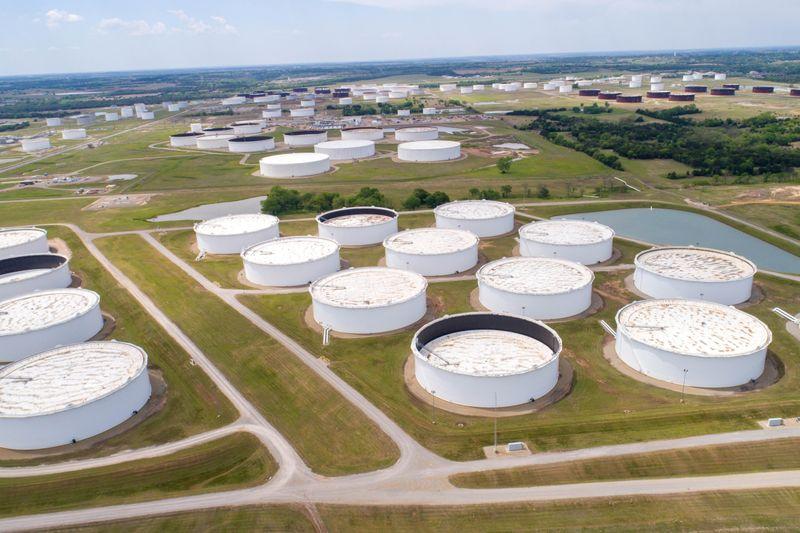 TOKYO (Reuters) - Oil prices rose on Tuesday, extending gains for a fourth straight session, amid signs that producers are cutting output as promised just as demand picks up, stoked by more countries easing out of curbs imposed to counter the coronavirus pandemic.

The June WTI contract expires on Tuesday, but there was little sign of a repeat of the historic plunge below zero seen a month ago on the eve of the May contract's expiry amid signs that demand for crude and derived fuels is recovering from its nadir.

The market was also boosted by signs that output cuts agreed by the Organization of the Petroleum Exporting Countries (OPEC) and others including Russia, a group known as OPEC+, are being implemented on the ground.

OPEC+ has cut its oil exports sharply in the first half of May, companies that track the shipments said, suggesting a strong start in complying with a new production cut agreement.

"Investors' sentiment has improved as OPEC+ are apparently slashing output as they promised for this month, with more voluntary cuts expected in June," said Hiroyuki Kikukawa, general manager of research at Nissan Securities.

"At the same time, there is growing optimism that the easing of global (coronavirus) lockdowns will help boost economic activity and fuel demand," he said, predicting the U.S. crude benchmark could rise to $35 a barrel.

In further support for prices, U.S. production is also falling, with crude output from seven major shale formations expected to fall by a record 197,000 barrels per day in June to 7.822 million barrels per day. That would be the lowest since August 2018, according to the U.S. Energy Information Administration.