By Laila Kearney NEW YORK (Reuters) - Oil prices edged lower on Monday on signs that the impact of a tropical storm on U.S. Gulf Coast production and refining would be short-lived, while Chinese economic data dimmed the crude demand outlook. 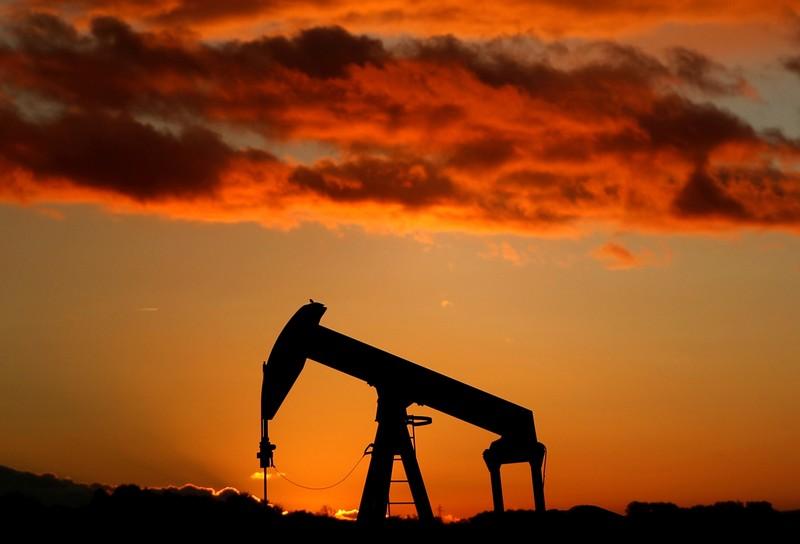 NEW YORK (Reuters) - Oil prices edged lower on Monday on signs that the impact of a tropical storm on U.S. Gulf Coast production and refining would be short-lived, while Chinese economic data dimmed the crude demand outlook.

Easing tensions between the West and the Middle East also weighed on oil futures.

One U.S. Gulf Coast refinery was restarting after shutting under threats of Tropical Storm Barry, while other refineries in the path of the storm continued to operate.

U.S. offshore oil producers restarted 4% of the production shut by Barry last week, according to a report on Monday by the U.S. Bureau of Safety and Environmental Enforcement (BSEE). Energy companies had slashed offshore U.S. Gulf of Mexico crude output by 73%, or 1.4 million bpd.

"This market's muted response to Gulf Coast storm activity appears to suggest that (Gulf of Mexico) production curtailments will prove minimal while any lost output could easily be offset," Jim Ritterbusch, president of Ritterbusch and Associates, said in a note.

Fading worries about an imminent conflict between Western nations and Iran also weighed on oil futures.

"It seems that some of the concerns that we were close to a military conflict with Iran has eased a little bit, so that has also weighed on prices," said Phil Flynn, an analyst at Price Futures Group in Chicago.