BEIJING (Reuters) - Oil prices on Wednesday pulled back from gains racked up the previous day, pushed down amid a surprise climb in U.S. crude stockpiles 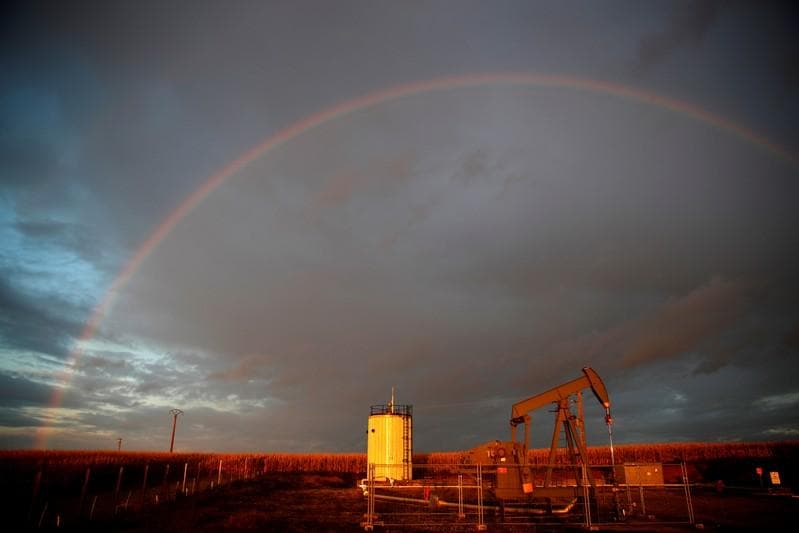 BEIJING (Reuters) - Oil prices on Wednesday pulled back from gains racked up the previous day, pushed down amid a surprise climb in U.S. crude stockpiles.

U.S. crude inventories rose by 1.2 million barrels to 397.1 million in the week to Sept. 14, according to data released on Tuesday by the American Petroleum Institute (API). That compared with analyst expectations for a decrease of 2.7 million barrels.

Stockpiles of distillate fuels, which include diesel and heating oil, rose by 1.5 million barrels, the API data showed, compared with expectations for a 651,000-barrel gain.

"Increasing fuel stocks in the U.S. and strong crude runs could lead to a bigger premium for Brent versus WTI."

Meanwhile, ministers from OPEC nations and non-OPEC producers are set to meet on Sunday to discuss compliance with output policies. OPEC sources have told Reuters no immediate action was planned and producers would discuss how to share a previously agreed output increase.

OPEC with a group of non-OPEC producers that includes Russia started withholding oil supplies in 2017 to end a global glut and prop up prices.

Elsewhere, the latest escalation in the tit-for-tat trade war between the United States and China stoked worries over global economic growth and demand for oil.

Beijing on Tuesday quickly added $60 billion of U.S. products to its import tariff list in retaliation for President Donald Trump's planned levies on $200 billion worth of Chinese goods.