BEIJING (Reuters) - Oil markets dropped on Tuesday as the latest escalation in the Sino-U.S. trade war clouded the outlook for demand, although concerns over tightening supply offered prices some support. Brent crude futures had declined 27 cents, or 0.35 percent, to $77.78 per barrel by 0054 GMT 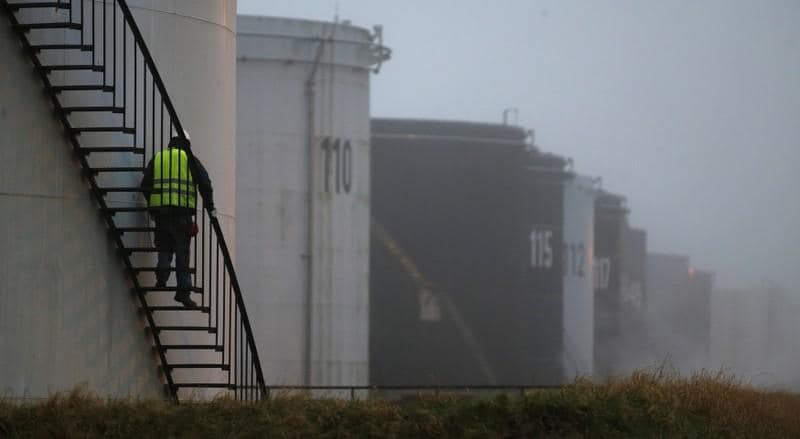 BEIJING (Reuters) - Oil markets dropped on Tuesday as the latest escalation in the Sino-U.S. trade war clouded the outlook for demand, although concerns over tightening supply offered prices some support.

U.S. President Donald Trump on Monday said he would impose 10 percent U.S. tariffs on about $200 billion worth of Chinese imports.

U.S. Treasury Secretary Steven Mnuchin last week invited top Chinese officials to a new round of talks on the dispute, but thus far nothing has been scheduled.

Iranian crude oil export loadings have declined by 580,000 barrels per day in the past three months, Bank of America Merrill Lynch analysts said in a note to clients.

Elsewhere, Russia's energy minister, Alexander Novak, said on Monday that the country was ready to discuss cooperation with the United States to balance the oil market.