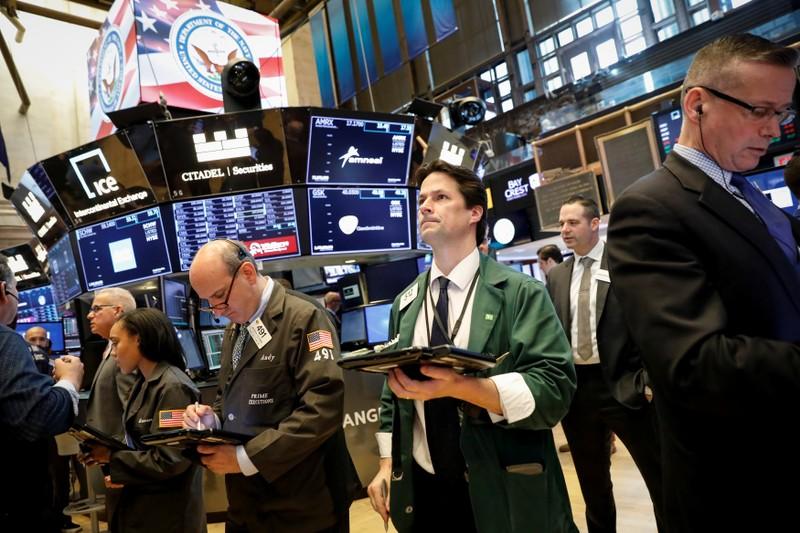 That led to a dip in gold prices, but it did little to increase demand for risk assets, investors said.

Wall Street ended mostly down as oil prices dragged down energy stocks ahead of a holiday weekend in the United States, which typically leads to low volume.

The tech-heavy Nasdaq <.IXIC> was aided by chipmakers, led by a 2.6 percent jump in Broadcom

U.S. Treasury yields fell to their lowest level in three weeks as concerns about Italy's new government and a leadership change in Spain boosted appetite for low-risk investments.

Italian Prime Minister-designate Giuseppe Conte began assembling his cabinet on Thursday, with party leaders pushing for an 81-year euroskeptic economist to be given the pivotal post of economy minister. Italy's president is opposing the appointee.

While yields on German and U.S. bonds fell amid the uncertainty, there have been few signs of a wide-ranging sell-off in higher-risk assets - Wall Street's volatility index <.VIX> stayed near four-month lows.

She cited the example of Turkey and Italy, where a stock and bond sell-off has not spilled much into other emerging economies or euro zone states.

However, worry about Italy kept the euro under pressure against the dollar.

The dollar has rebounded after touching two-week lows versus a basket of currencies <.DXY> on Thursday, helped by gains against commodity-linked currencies, as oil prices fell.