By Jessica Resnick-Ault NEW YORK (Reuters) - Oil prices rose on Tuesday but eased off a four-year high after U.S. President Donald Trump called on OPEC to increase crude output, even he as called for heavier sanctions on major oil producer Iran 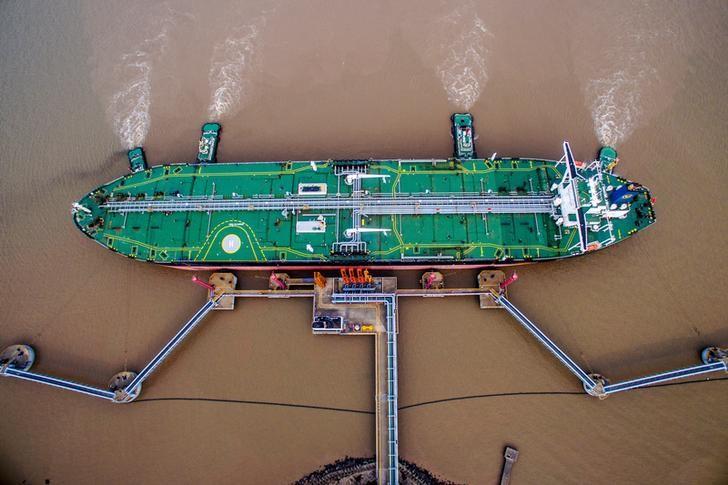 NEW YORK (Reuters) - Oil prices rose on Tuesday but eased off a four-year high after U.S. President Donald Trump called on OPEC to increase crude output, even he as called for heavier sanctions on major oil producer Iran.

Trump reiterated calls on the Organization of the Petroleum Exporting Countries to pump more oil and stop raising prices in a speech before the United Nations.

The so-called "OPEC+" group, which includes the likes of Russia, Oman and Kazakhstan, had met at the weekend to discuss a possible increase in crude output, but the upshot of the gathering was that the group was in no rush to do so.

Mohammad Barkindo, OPEC secretary general, said in Madrid on Tuesday that it is important for OPEC and its partners to cooperate to ensure they do not "fall from one crisis to another."

"It's hard to believe that the Saudis won't answer the call at some point, especially if prices tick much higher," said John Kilduff, a partner at Again Capital in New York. "He's going to be unrelenting in pressuring them."

Prior to Trump's remarks, oil had headed higher, with Brent hitting $82.55 per barrel, its highest since Nov. 10, 2014, on concerns about global supply shortages in the wake of U.S. sanctions on Iran's oil exports, which go into effect Nov. 4.

The global benchmark Brent is on course for its fifth consecutive quarterly increase, the longest stretch of gains since early 2007, when a six-quarter run led to a record high of $147.50 a barrel.

Trump also said in his speech that the United States will put more sanctions on Iran following oil sanctions in November.

The sanctions are expected to have an immediate impact on OPEC's third largest producer's exports.

The International Energy Agency forecast strong oil demand growth of 1.4 million barrels per day (bpd) this year and 1.5 million bpd in 2019, and said in its most recent report that the market was tightening.

U.S. crude inventories were forecast to have declined for a sixth straight week, according to analysts polled ahead of reports from the American Petroleum Institute (API), an industry group, on Tuesday, and from the U.S. Department of Energy on Wednesday.