By Laila Kearney NEW YORK (Reuters) - Oil prices fell about 2% on Wednesday as an unexpected build in U.S. 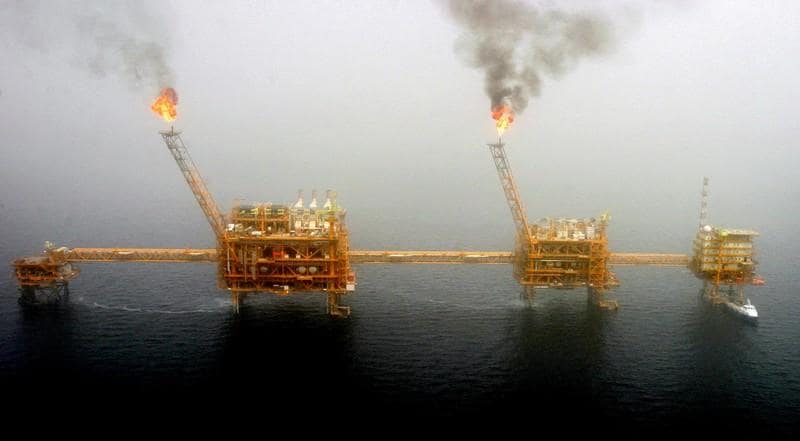 NEW YORK (Reuters) - Oil prices fell about 2% on Wednesday as an unexpected build in U.S. crude inventories compounded investor worries that a trade fight between Washington and Beijing could dent crude demand over the long haul.

U.S. crude inventories swelled by 4.7 million barrels in the latest week to their highest since July 2017 at 476.8 million barrels, the U.S. Energy Information Administration reported. Analysts polled by Reuters had predicted a decrease of 599,000 barrels.

"It's at the extreme end of the range of possibilities for a bearish report," said Bob Yawger, director of futures at Mizuho in New York. "It's about as bad as it could have been considering the fact that driving season is so close."

"Refiners are running at a subdued pace for this time of year," which contributed to the builds, said John Kilduff, a partner at Again Capital LLC in New York.

The prospect of a long-term tariff war between China and the United States also pressured prices. Additional talks between top officials have not been scheduled since the last round ended in a stalemate on May 10, when U.S. President Donald Trump imposed the higher levies on Chinese goods.

U.S. Treasury Secretary Steven Mnuchin said Washington is at least a month away from enacting its next round of tariffs on Chinese imports as it studies the impact on consumers.

The conflict is weighing on economic growth forecasts and oil demand predictions. The Organization for Economic Co-Operation and Development (OECD) on Tuesday revised down its global growth forecast for the year.

A slump in equities, which oil futures often follow, deepened the fall in oil prices. [.N]

Growing tensions between the United States and Iran, which could lead to supply disruptions, helped limit losses.

The prospect that the Organization of the Petroleum Exporting Countries and its allies will continue its output cut pact later in the year was also supportive.

U.S. bank Morgan Stanley said it expected Brent prices to trade in a $75-$80 per barrel range in the second-half of this year, pushed up by tight supply and demand fundamentals.