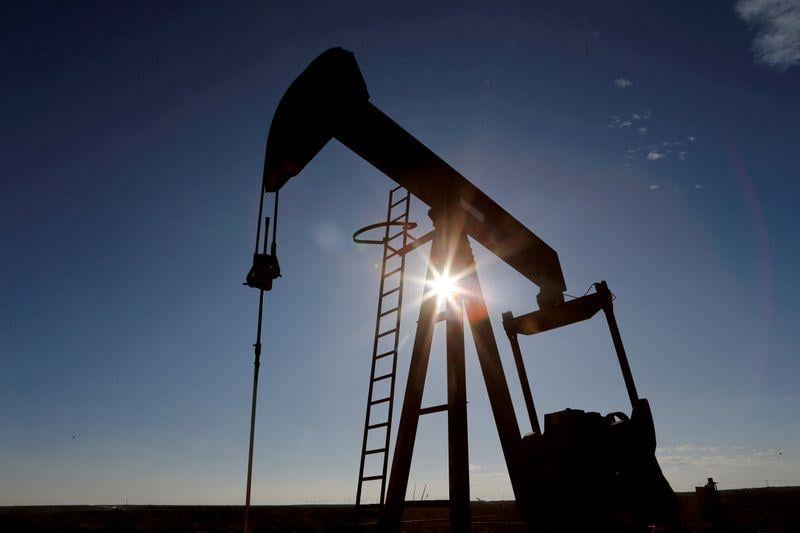 U.S. producers shut anywhere from 2 million to 4 million barrels per day of oil output due to cold weather in Texas and other oil producing states, and the unusually cold conditions may have damaged installations that could keep output offline longer than expected.

"The significant loss of both crude and gasoline production suggests more upside and likelihood of new highs possibly within a one-week time frame," said Jim Ritterbusch of consultancy Ritterbusch and Associates. But he cautioned that with limited refining capacity, price could under pressure if refiners take weeks to return to normal.

"The market is behaving as if the refiners are going to come online quicker than the headlines would lead you to believe," said Yawger. Gasoline crackspreads, an indicator of refiners' margins have dropped by 5%.

For the first time since November, U.S. drilling companies cut the number of oil rigs operating due to the cold and snow enveloping Texas, New Mexico and other energy-producing centres, signalling even tighter supplies ahead. [RIG/U]

OPEC+ oil producers are set to meet on March 4, with sources saying the group is likely to ease curbs on supply after April given a recovery in prices, although any increase in output will likely be modest given lingering uncertainty over the pandemic.

"Saudi Arabia is eager to pursue yet higher prices in order to cover its social break-even expenses at around $80 a barrel while Russia is strongly focused on unwinding current cuts and getting back to normal production," said SEB chief commodity analyst Bjarne Schieldrop.