By Roslan Khasawneh, Noah Browning and Laila Kearney SINGAPORE/LONDON/NEW YORK (Reuters) - Major oil industry producers and traders are forecasting a bleak future for worldwide fuel demand, due to the coronavirus pandemic's ongoing assault on the global economy. The novel coronavirus hammered fuel demand in the spring, causing consumption to drop by more than one-third as billions of people worldwide restricted their movements. 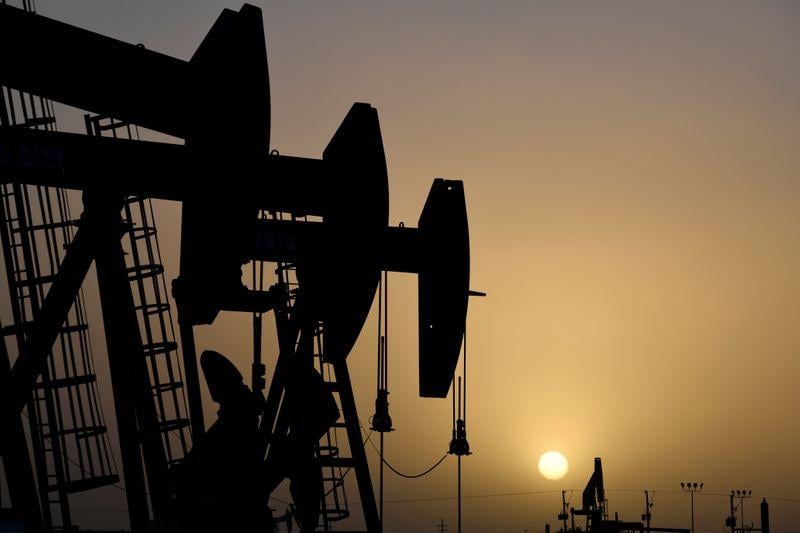 SINGAPORE/LONDON/NEW YORK (Reuters) - Major oil industry producers and traders are forecasting a bleak future for worldwide fuel demand, due to the coronavirus pandemic's ongoing assault on the global economy.

The novel coronavirus hammered fuel demand in the spring, causing consumption to drop by more than one-third as billions of people worldwide restricted their movements. Consumption rebounded in the summer, but some countries where infections were under control are seeing a resurgence in the deadly virus, sparking waves of lockdowns that could hamper the recovery.

"The outlook appears even more fragile ... the path ahead is treacherous amid surging COVID-19 cases in many parts of the world," the International Energy Agency warned in its monthly report on Tuesday.

The Paris-based energy watchdog revised down its forecast for global oil demand in 2020 by 200,000 barrels per day and noted that a draw on abundant oil stocks in June after three months of builds had faltered in July.

On Monday, the Organization of Petroleum Exporting Countries cut its outlook for demand in 2020 by 400,000 bpd from its previous report, saying world oil demand would fall by 9.46 million bpd this year.

The virus has infected more than 29 million people, with roughly 925,000 deaths in around nine months, according to Reuters data. Several companies are working on a vaccine, but it is likely months away from mass distribution, and it is unclear how effective any vaccine will be in preventing future outbreaks.

A dent in demand caused by a continuing rise in cases or a second wave presents "the most likely shock that the oil market needs to be considering in the next 12 to 24 months," Vitol's global head of research, Giovanni Serio said at Platts APPEC 2020.

Global prices were walloped in April, with U.S. crude futures falling at one point through negative-$40 a barrel. Prices of both U.S. crude and Brent recovered, but are now trading at less than $40, due to the weak rebound in demand.

"As economies around the world opened up, there was optimism and enthusiasm that we would just head back to normal over some period of time," said Andrew Lipow, president of Lipow Oil Associates.

"What we're seeing now is that there's more pessimism because we're seeing a resurgence of the virus around the world."

Energy giant BP, in its 2020 outlook released on Monday, projected in its base-case scenario that oil consumption peaked for good last year due to the health crisis, and that coronavirus could slash oil demand by about 3 million bpd by 2025 and by 2 million bpd by 2050.

Vitol Chief Executive Russell Hardy sounded a more positive note, telling a global petroleum conference in Singapore that oil demand in transportation sectors, with the exception of jet fuel, could return to pre-pandemic levels by the fourth quarter of 2021. That could help drain a surge of inventories, which grew by roughly 1.2 billion barrels in tanks and in water storage, Hardy said.

"The market is slowly chewing through that excess inventory," he said, adding that about 300 million barrels have been drawn down from this year's peak.

Refiners worldwide have been cutting processing due to weak overall demand and an abundance of crude. In the United States, product supplied over the past four weeks has been 16% below the same time period a year ago, according to U.S. Energy Department figures.

"Under these circumstances, (refining) complexity is not the answer to clear this crisis."