Oil holds near 2019 highs ahead of official U.S. weekly data

By Laila Kearney NEW YORK (Reuters) - Oil prices held close to four-month highs on Tuesday on expectations that OPEC would continue production cuts through the end of the year and ahead of official weekly U.S. 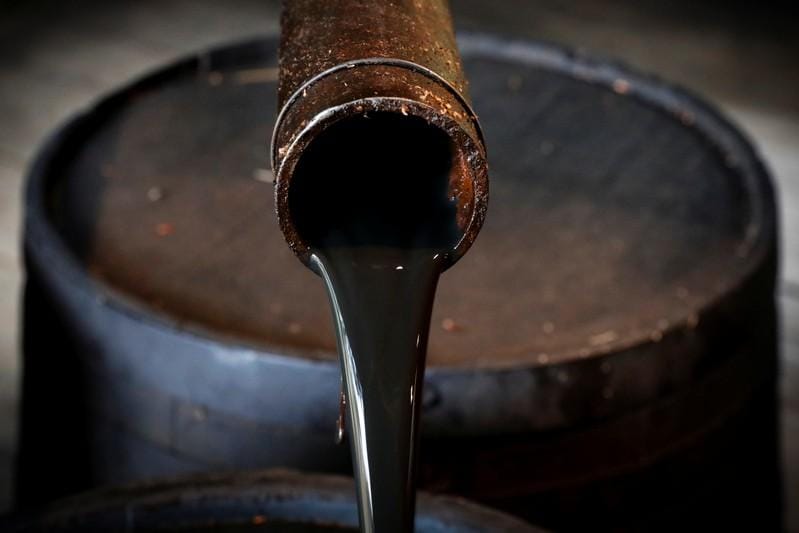 NEW YORK (Reuters) - Oil prices held close to four-month highs on Tuesday on expectations that OPEC would continue production cuts through the end of the year and ahead of official weekly U.S. crude inventory data.

U.S. West Texas Intermediate (WTI) futures touched its highest since November at $59.57 a barrel but finished at $59.03 a barrel, falling 6 cents.

Prices inched up in post-settlement trade after data from the American Petroleum Institute (API), an industry group, showed a surprise draw-down on crude inventories.

Crude stocks fell by 2.1 million barrels in the week to March 15, to 446.8 million, compared with analysts' expectations for an increase of 309,000 barrels, the data showed. [API/S]

Oil prices have rallied more than 20 percent since the Organization of the Petroleum Exporting Countries and its allies began to curb supplies at the start of the year.

After a short gathering in Azerbaijan, the producer group on Monday scrapped its planned meeting in April and will decide instead whether to extend output cuts in June, once the market has assessed the impact of U.S. sanctions on Iran and the crisis in Venezuela.

Some analysts expressed concern that the cancellation was related to tension between Saudi Arabia, the de facto head of OPEC, and Russia, the largest producing non-member of the group that agreed to production cuts last year.

The move to cancel the meeting favoured Russia over Saudi Arabia, which originally wanted to use the meeting to extend output curbs until the end of the year, Commerzbank said in a note. OPEC will next meet in June.

"However, I think OPEC and non-OPEC producers are determined to get the supply and demand dynamics better into balance," said Andy Lipow, president of Lipow Oil Associates in Houston.

Both benchmarks weakened after Bloomberg reported U.S. officials were concerned Beijing was pushing back against Washington's demands during trade talks, lowering hopes for a resolution to the tariff war that has threatened global oil demand.

"That kind of tanked the market a little bit," said Bob Yawger, director of futures at Mizuho in New York. "Now we're basically at the mercy of the API and the EIA."

Due to a tighter supply outlook for the coming months, the Brent forward curve has gone into backwardation since the start of the year, meaning prices for immediate delivery are more expensive than barrels for delivery in the future.