By Stephanie Kelly NEW YORK (Reuters) - Oil prices rose more than 1% on Tuesday on hopes for a U.S.-China trade agreement and optimism that Washington could roll back some tariffs on Chinese imports. Brent crude futures rose 74 cents, or 1.2%, to $62.87 a barrel by 12:56 p.m. EST (1756 GMT) 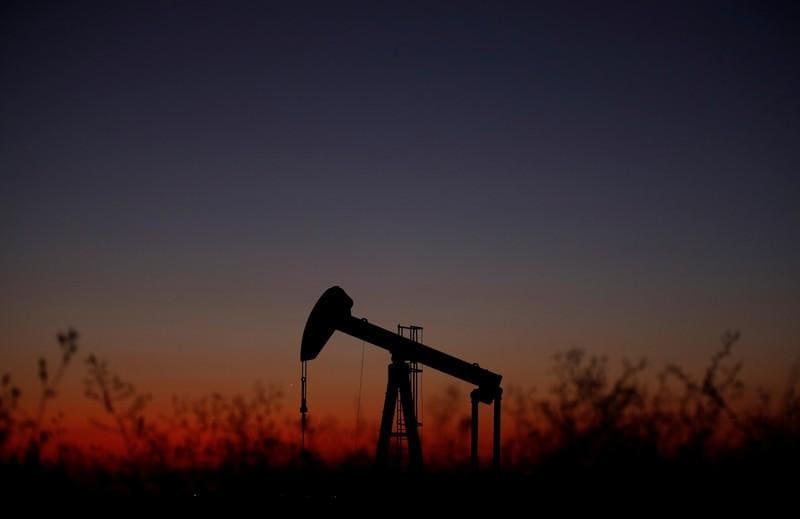 NEW YORK (Reuters) - Oil prices rose more than 1% on Tuesday on hopes for a U.S.-China trade agreement and optimism that Washington could roll back some tariffs on Chinese imports.

China is pushing U.S. President Donald Trump to remove more tariffs imposed in September as part of a so-called Phase 1 deal, which would ease the economic impact of the trade dispute between the world's two biggest oil consumers.

"While such a development could accommodate a signing of a Phase 1 deal that would allow for a further increase in risk acceptance and hence, bullish spillover from the equities and into the oil complex, a major long term agreement still appears elusive well into next year," Jim Ritterbusch, president of Ritterbusch and Associates in Galena, Illinois, said in a report.

OPEC Secretary-General Mohammad Barkindo said the oil market outlook for 2020 may be brighter than previously forecast, appearing to downplay any need for deeper production cuts.

The Organization of the Petroleum Exporting Countries (OPEC) also said it would supply a diminishing amount of oil in the next five years as output increases from U.S. shale deposits and elsewhere.

For a graphic on Oil production in U.S. vs. OPEC:

OPEC's production of crude oil and other liquids is expected to decline to 32.8 million barrels per day (bpd) by 2024, the group said in its 2019 World Oil Outlook.

Investors will watch U.S. inventory data, with an industry report due on Tuesday and official government data Wednesday.

For a graphic on U.S. crude inventories:

"We believe that the strength in oil prices will be short-lived, given the scale of the surplus that is expected over the 1H20," ING analyst Warren Patterson said, referring to the first half of 2020.

"The risk to this view is if OPEC+ surprises the market in December by announcing even deeper than expected cuts for 2020."

OPEC, Russia and other producers, a group known as OPEC+, have cut oil output by 1.2 million barrels per day. Iranian Oil Minister Bijan Zanganeh on Monday said he expects further production cuts to be agreed at the group's next meeting in December.

Meanwhile, Asia's oil demand growth is expected to more than double to 815,000 barrels per day (bpd) in 2020, the head of energy consulting firm FGE said on Tuesday.