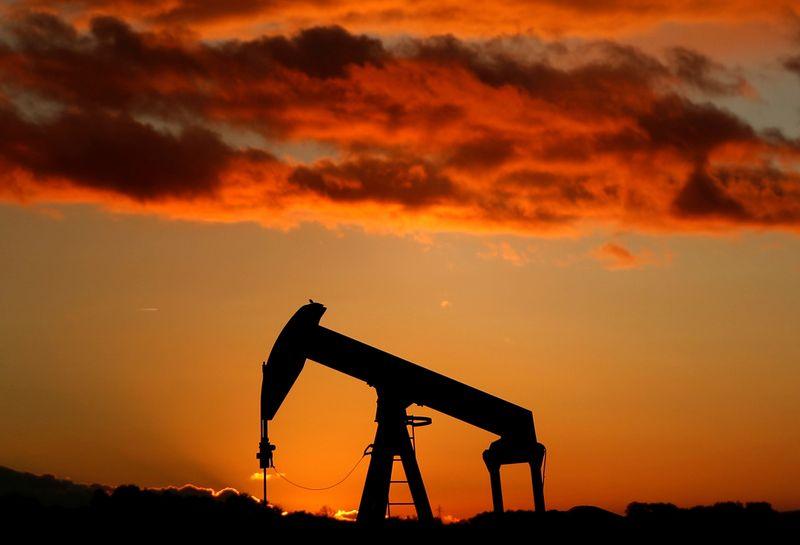 "The oil complex remains confined to a comparatively tight sideways trading range that is approaching its fourth week," said Jim Ritterbusch, president of Ritterbusch and Associates in Galena, Illinois, noting the market "shrugged off" the dollar weakness as it focuses on the large gasoline inventory build and coronavirus-weakened demand.

The U.S. dollar fell to a two-week low against a basket of currencies, tracking Treasury yields lower, after data showed a surprise rise in U.S. weekly jobless claims.

The S&P 500 hit a record high and the Nasdaq was at a seven-week peak, helped by gains in tech-related stocks, a day after the Federal Reserve reiterated its pledge to remain ultra-dovish until the economic recovery is more secure.

While crude oil inventories in the United States fell more than forecast by analysts, gasoline inventories rose sharply, the U.S. Department of Energy said on Wednesday.

"A huge build in road fuel stocks is not what the market was expecting and concerns over the speed of the oil demand recovery resurfaced, leaving traders wondering how stable road fuel usage actually is," said Rystad Energy analyst Bjornar Tonhaugen.

Still, demand remains weakened by the impact of the coronavirus.

Iran and the United States held talks with other powers on reviving a nuclear deal that almost stopped Iranian oil from coming to market, reviving tentative hopes Tehran might see some sanctions lifted and add to global supplies.

In the United States, meteorologists said the country should prepare for a sixth year of above-average number of Atlantic hurricanes.

In other production news, energy research firm East Daley lifted its rig and production outlook for the Permian Basin in Texas and New Mexico following a 22% rally in WTI prices during the first quarter, setting the stage for years of oil and natural gas output from the shale formation.