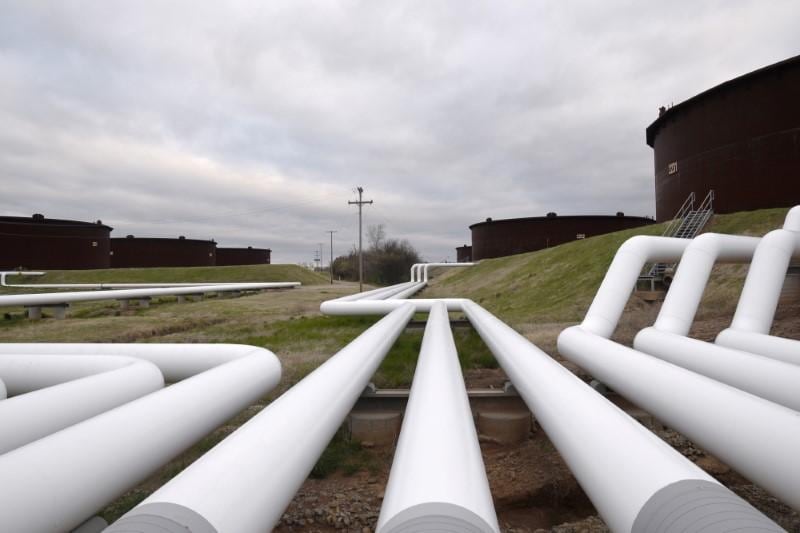 NEW YORK (Reuters) - Oil benchmarks fell on Wednesday after an unexpected build in U.S. crude and gasoline inventories despite strong demand, and as traders weighed a possible increase in OPEC crude output to cover any shortfalls in supply from Iran and Venezuela.

Both builds were unexpected, as a Reuters poll called for a drawdown in both figures as summer demand starts to heat up. Overall demand for refined products in the United States has kept refining activity buoyant, helping drain crude inventories in the world's largest consuming nation.

"A 5.8 million-barrel build is kind of like a slap in the face, where it's like, 'Where did this oil come from?’ And as you look through the numbers, it doesn't make a lot of sense," said Phil Flynn, analyst at Price Futures Group in Chicago. "It is definitely a shock to the system."

The increase in U.S. inventories came from a combination of reduced exports and rising imports. The latter is somewhat surprising, Flynn said, because Brent crude is trading at more than a $7 premium to U.S. crude, making exports more advantageous right now.

"While one week is not a change of trend, this was a bearish report," said Kyle Cooper, consultant at ION Energy in Houston.

Across the broader financial markets, investors dumped equities and other industrial commodities in favour of the Japanese yen, U.S. and German government bonds and gold, as concern mounted that setbacks to U.S.-China trade talks would undermine increasingly fragile-looking world growth.

Oil prices have gained nearly 20 percent this year, with Brent briefly rising above $80, driven primarily by coordinated supply cuts by the Organization of the Petroleum Exporting Countries and partners including Russia.

OPEC may decide to raise oil output as soon as June due to worries over Iranian and Venezuelan supply and after Washington raised concerns the oil rally was going too far, OPEC and oil industry sources familiar with the discussions told Reuters.

"It does seem like any move above $80 attracts selling interest right now and that could potentially lead us to a period of consolidation, where I think $77.50 or even $75 might be in focus," Saxo Bank senior manager Ole Hansen said.

The price has also been affected by rising geopolitical tensions that could dent global output just as demand is set to hit 100 million barrels per day in the final quarter of this year, according to the International Energy Agency.

In addition, the United States plans to reimpose sanctions on major oil producer Iran, while an economic crisis has decimated Venezuela's crude output.