By Stephanie Kelly NEW YORK (Reuters) - Oil prices tumbled about 2% on Friday on rising U.S.-China tensions and doubts about how quickly fuel demand would recover from the coronavirus crisis. Fuel demand plummeted as the coronavirus pandemic caused governments to impose restrictions on movement and businesses closed their doors 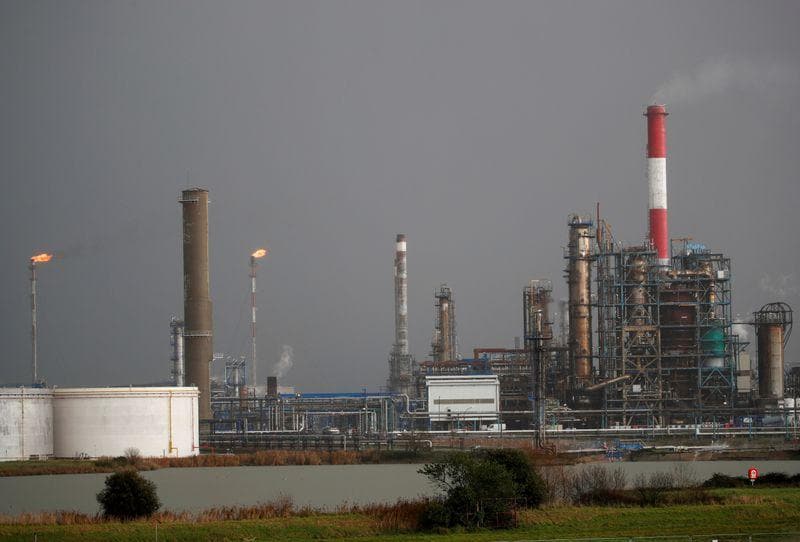 NEW YORK (Reuters) - Oil prices tumbled about 2% on Friday on rising U.S.-China tensions and doubts about how quickly fuel demand would recover from the coronavirus crisis.

Fuel demand plummeted as the coronavirus pandemic caused governments to impose restrictions on movement and businesses closed their doors.

Oil has rallied in recent days as activity starts to resume, but prices dropped after China said on Friday it would not publish an annual growth target for the first time. Beijing also pledged more government spending as the pandemic kept hammering the economy.

"The coronavirus has nullified a decade of global oil demand growth and the recovery will be slow," said Stephen Brennock of broker PVM.

For the week, Brent and WTI gained 8% and 13%, respectively, but some said they may have come too far, too fast.

"A second wave (of the coronavirus) is not such a remote possibility and a new round of lockdowns could send prices back to much lower levels very quickly, and the market knows it," said Rystad Energy senior oil markets analyst Paola Rodriguez Masiu.

Oil prices have plummeted more than 40% so far in 2020, rebounding in part due to efforts by the Organization of the Petroleum Exporting Countries and allies to reduce supply. The group known as OPEC+ is reducing supply by a record 9.7 million barrels per day from May 1 to support the market.

The U.S. rig count, an early indicator of future output, fell by 21 to a record low 318 this week, according to energy services firm Baker Hughes Co's

In a sign of the glut easing, U.S. crude inventories fell last week.

Graphic: Weekly changes in petroleum stocks in the U.S. https://fingfx.thomsonreuters.com/gfx/editorcharts/bdwvkrmkxpm/eikon.png

(Reporting by Stephanie Kelly in New York, additional reporting by Alex Lawler in London and Aaron Sheldrick in Tokyo; Editing by Marguerita Choy and Tom Brown)