By Laura Sanicola NEW YORK (Reuters) - Oil prices fell nearly 1% on Thursday, weighed down by the steady rise in coronavirus infections and as the outcome of the U.S. presidential election had still not been settled. 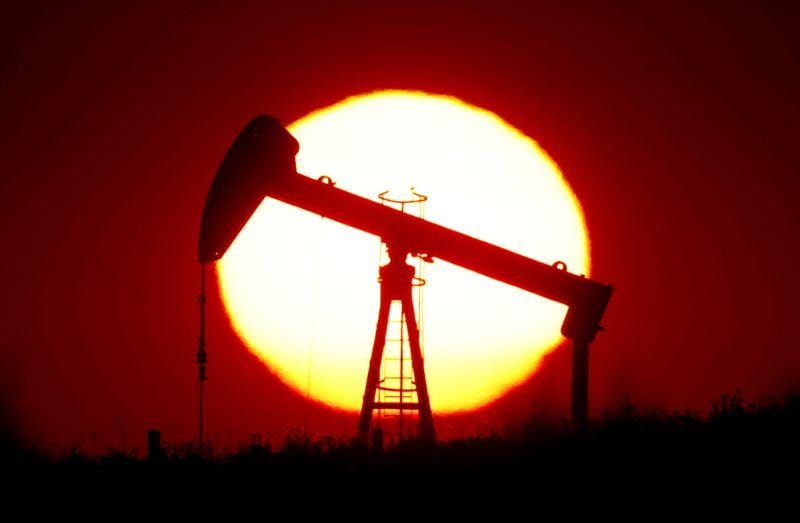 infections and as the outcome of the U.S. presidential election had still not been settled.

The European Union’s executive commission lowered its economic forecast, adding that said the economy would not rebound to pre-virus levels until 2023.

"Despite some surprisingly bullish crude data this week, the oil market will still need to contend with major demand uncertainties related to COVID-19

," said Jim Ritterbusch, president of Ritterbusch and Associates in Galena, Illinois, referring to a 8 million-barrel draw in U.S. crude stockpiles.

Italy posted its highest one day of infections on Thursday, while the United States surpassed 100,000 infections in a day last week, a record.

lockdowns and the looming risk of Brexit. The bank said Britain’s economy was set to shrink a record 11% over the course of 2020 overall.

"There's fatigue from the market on the renewed lockdown and the efforts and the damage to be done to the economy," said John Kilduff, partner at Again Capital LLC in New York. The lockdowns in Europe will remove 1.5 million barrels per day of demand, Kilduff added.

Democratic candidate Joseph Biden predicted victory over President Donald Trump after winning two critical U.S. states while the Republican incumbent alleged fraud without evidence, filed lawsuits and demanded recounts in a bitter contest that has yet to be decided.

Current vote counting and trends suggest the Republicans are poised to retain control of the U.S. Senate, while the Democrats will hold a slimmed majority in the House of Representatives.

Oil prices had surged on Wednesday on growing expectations that the Organization of the Petroleum Exporting Countries and its allies, together called OPEC+, would hold off on bringing back 2 million bpd of supply in January, given demand has been sapped by new COVID-19

(Additional reporting by Noah Browning in London, Shu Zhang in Singapore and Sonali Paul in Melbourne; Editing by David Gregorio and Marguerita Choy)