By Yuka Obayashi TOKYO (Reuters) - Oil prices fell on Wednesday after a surprise climb in U.S. crude stockpiles added to concerns about a global supply glut as a spike in global COVID-19 cases fuels demand fears and production returns in Libya. 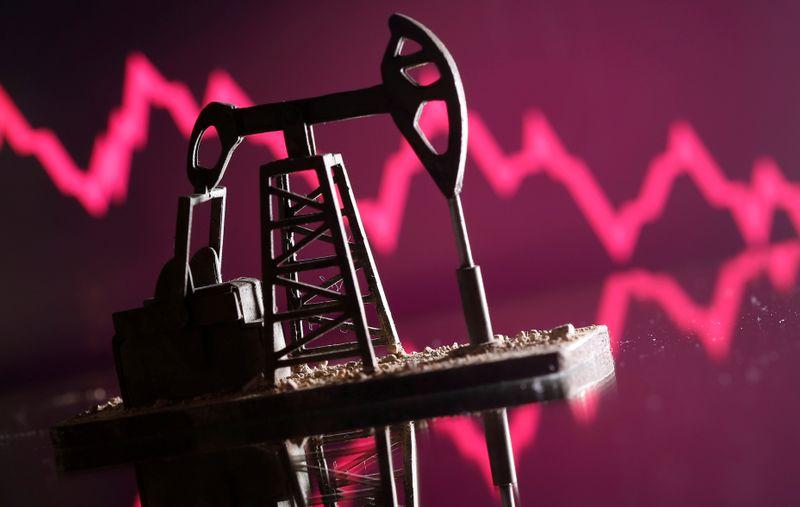 TOKYO (Reuters) - Oil prices fell on Wednesday after a surprise climb in U.S. crude stockpiles added to concerns about a global supply glut as a spike in global COVID-19

Both benchmarks gained the previous session.

Crude inventories rose by 584,000 barrels in the week to Oct. 16 to about 490.6 million barrels, data from industry group the American Petroleum Institute showed, compared with analysts' expectations in a Reuters poll for a draw of 1 million barrels.

"Higher U.S. inventory fuelled concerns of oversupply at a time when the coronavirus

cases are rising worldwide, which could hamper a recovery in fuel demand," said Satoru Yoshida, a commodity analyst with Rakuten Securities.

On the supply side, the Organization of the Petroleum Exporting Countries (OPEC) and its allies, together known as OPEC+, plan on scaling back their production cuts in January from a current 7.7 million barrels per day (bpd) to roughly 5.7 million bpd in January.

OPEC member Libya, which is exempt from the cuts, is also ramping up production after armed conflict shut almost all of the country's output in January, pumping more oil into an oversupplied market.

Still, Russia's energy minister said on Tuesday it was too early to discuss the future of global oil production curbs beyond December, less than a week after saying plans to reduce the output restrictions should proceed.

"Hopes for economic stimulus in the United States and other countries to combat pandemic-led slump in consumption are expected to cap losses but planned reduction in output cuts by OPEC+ will also limit any future gains," Yoshida said.

The White House and Democrats in the U.S. Congress moved closer to agreement on a new coronavirus

relief package on Tuesday as President Donald Trump said he was willing to accept a large aid bill despite opposition from his own Republican Party.