By Stephanie Kelly NEW YORK (Reuters) - Oil prices fell more than 2% on Thursday on concern that the spread of a respiratory virus from China could lower fuel demand if it stunts economic growth, but losses were limited by a drawdown in U.S. crude inventories. Brent crude futures lost $1.46, or 2.3%, to $61.75 a barrel by 11:12 a.m. 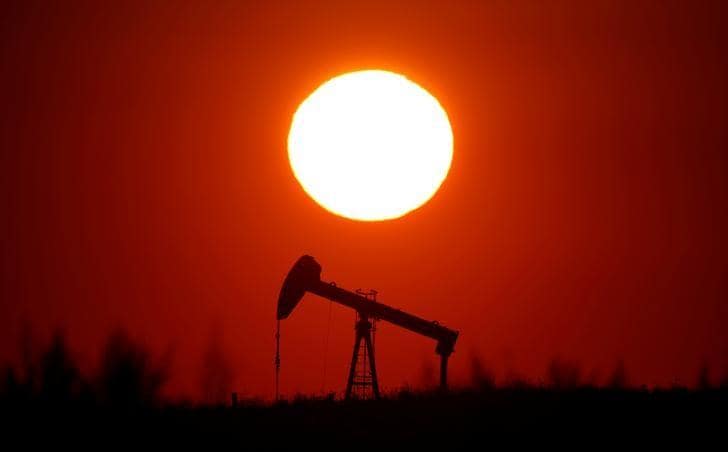 NEW YORK (Reuters) - Oil prices fell more than 2% on Thursday on concern that the spread of a respiratory virus from China could lower fuel demand if it stunts economic growth, but losses were limited by a drawdown in U.S. crude inventories.

Two Chinese cities that were at the epicentre of a new coronavirus outbreak that has killed 17 people and infected nearly 600 were put in lockdown on Thursday as health authorities around the world scrambled to prevent a global pandemic.

The potential for a pandemic has stirred memories of the Sudden Acute Respiratory Syndrome outbreak in 2002-03, which also started in China and dented economic growth, causing a slump in travel.

"Such health issues represent significant impediments to normal travel and as a result, have forced the oil market to discount some significant weakening in jet and diesel fuel demand that is extremely difficult to measure until the spread of the health virus is contained," said Jim Ritterbusch, president of trading advisory firm Ritterbusch and Associates.

With coronavirus cases detected as far as away as the United States, global stock markets also felt the effects of fears that the virus could spread further as millions of Chinese prepare to travel for the Lunar New Year this weekend.

Beijing said on Thursday that it had canceled major public events, including two well-known Lunar New Year temple fairs, to curb the spread.

"We estimate a price shock of up to $5 (a barrel) if the crisis develops into a SARS-style epidemic," JPM Commodities Research said in a note, citing historical oil price movements.

This week, the International Energy Agency (IEA) said it expects a surplus of 1 million barrels per day in the first half of the year.

(Additional reporting by Julia Payne in London and Aaron Sheldrick in Tokyo; Editing by Marguerita Choy and Bernadette Baum)