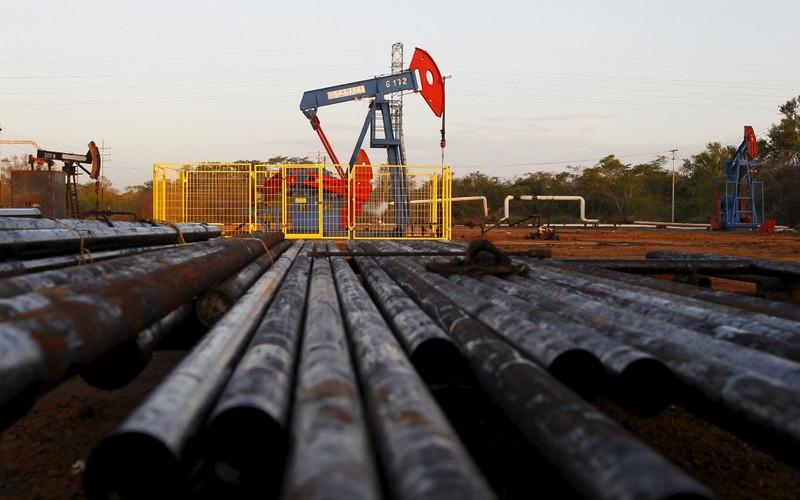 Earlier in the session, the front-month Brent contract

The two countries halted output from the oilfields - Khafji and Wafra - more than four years ago, cutting some 500,000 barrels per day, or 0.5 percent of global oil supply.

But the gains did not hold.

"The market is going to try to say that (the drawdown) was probably due to (Hurricane Barry), and so the market is not overreacting to it," said Phil Flynn, an analyst with Price Futures Group in Chicago.

U.S. oil companies cut some production in the Gulf of Mexico ahead of Hurricane Barry, which came ashore in Louisiana earlier this month.

A U.S. Navy ship took defensive action against a second Iranian drone in the Strait of Hormuz last week but did not see the drone go into the water, the U.S. military said on Tuesday.

Iran's president, Hassan Rouhani, said on Wednesday his country was ready for "just" negotiations but not if they meant surrender.

Also fuelling tensions, Britain gained initial support from France, Italy and Denmark for its plan for a European-led naval mission to ensure safe shipping through the Strait of Hormuz following Iran's capture of a British-flagged tanker.

The military adviser to Iran's supreme leader was quoted on Wednesday as saying that any change in the status of the Strait of Hormuz, which Tehran says it protects, would open the door to a dangerous confrontation.

"We are not expecting much bullish assistance from this week's rising tensions in the Persian Gulf, at least until a significant amount of physical oil supply is disrupted," Jim Ritterbusch of Ritterbusch and Associates said in a note.