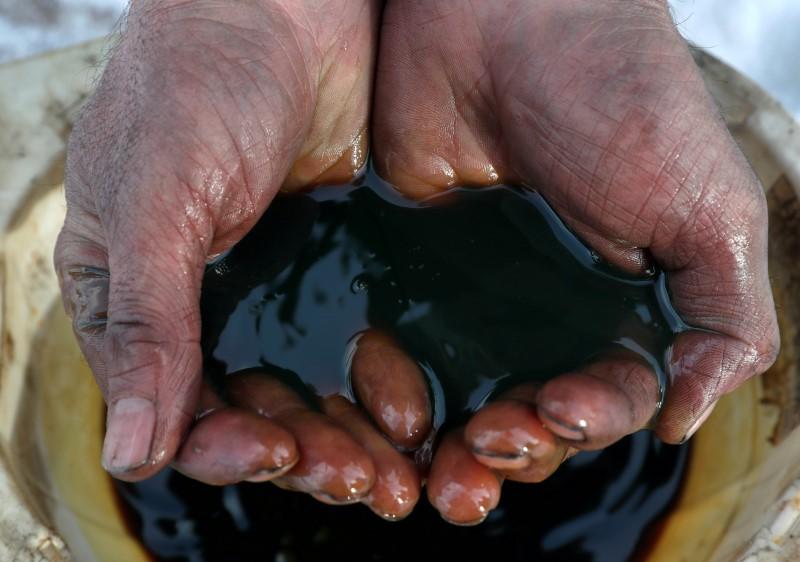 "It's hard for crude oil to go higher if refiners continue to lose money or at best break even on gasoline," said Tom Kloza, global head of energy analysis at the Oil Price Information Service (OPIS).

U.S. gasoline stocks rose by the most in one week in four years, surging by 9.1 million barrels in the week to Jan. 3, the U.S. Energy Information Administration reported last week. Total motor gasoline inventories were about 5% above the five-year average for this time of year, it said.

Distillate stockpiles, which include diesel and heating oil, rose by 5.3 million barrels in the week, versus expectations for a 3.9 million-barrel rise, the data showed.

"Heating oil has been the worst performer in the middle of winter, when it's supposed to be the best. The heating oil crack is just getting killed," said Robert Yawger, director of energy futures at Mizuho in New York, adding lacklustre demand for the product has weighed on crude prices.

Oil prices surged to their highest in almost four months after a U.S. drone strike killed an Iranian commander on Jan. 3 and Iran retaliated with missiles launched against U.S. bases in Iraq. But they have slumped again as Washington and Tehran retreated from the brink of direct conflict last week.

Global benchmark Brent touched $71.75 per barrel last week before ending on Friday below $65.

With tensions between the United States and Iran cooling, investors have had time to focus on fundamental demand issues, said John Kilduff, partner at Again Capital LLC in New York.

"The market continues to get a sense of relative oversupply, and this winter has been a bust in the Northern Hemisphere. There's been an abject lack of heating oil demand," Kilduff said.

A U.S.-China trade deal is due to be signed in Washington on Wednesday. The Trump administration has invited at least 200 people to a ceremony for the signing, but the two nations have not yet finalised details of what will be signed, White House officials said on Friday.

"We suspect that agreement is already largely discounted in the price level, and is unlikely to provide a strong boost to oil prices," global oil strategist at BNP Paribas in London Harry Tchilinguirian told the Reuters Global Oil Forum.