Oil eases, but Iran sanctions keep Brent above $80 a barrel

By Stephanie Kelly NEW YORK (Reuters) - Oil prices eased on Wednesday after U.S. data showed a surprise build in domestic crude inventories, but an impending drop in Iranian exports kept Brent futures above $80 a barrel and on track for a fifth straight quarterly gain 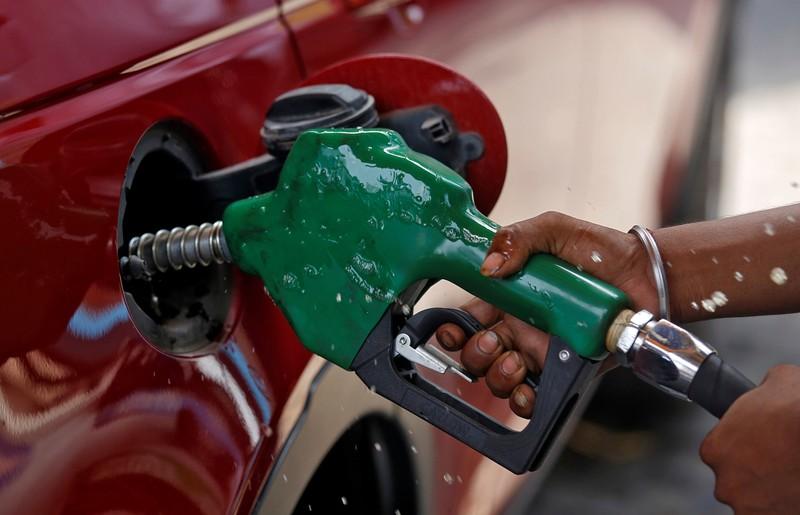 NEW YORK (Reuters) - Oil prices eased on Wednesday after U.S. data showed a surprise build in domestic crude inventories, but an impending drop in Iranian exports kept Brent futures above $80 a barrel and on track for a fifth straight quarterly gain.

"We are reluctant to read much into today's price action or the unexpected crude build per the EIA. The complex had a strong upside run and is entitled to a correction," Jim Ritterbusch, president of Ritterbusch and Associates, said in a note.

Investors kept a close eye on impending U.S. sanctions affecting Iran's petroleum sector, due to come into force in November.

The oil market is bracing for a hit to global supplies from the sanctions. Brent remains on course for its fifth consecutive quarterly increase, the longest stretch since early 2007 when a six-quarter run led to a record-high price of $147.50 a barrel.

Several big buyers, such as a number of Indian refiners, have signalled they will wind down purchases of Iranian crude but the impact on global markets is not yet clear.

U.S. officials, including President Donald Trump, are trying to reassure consumers and investors that enough supply will remain in the oil market and have pushed the Organization of the Petroleum Exporting Countries (OPEC) to raise output.

In a Tuesday speech at the United Nations, Trump reiterated calls on OPEC to pump more oil, accused Iran of sowing chaos and promised further sanctions on the country.

The so-called "OPEC+" group, which includes non-OPEC members such as Russia, met over the weekend but decided not to boost output.

Commerzbank said in a note that "the latest rise in oil prices is due primarily to Trump himself. ... he has focused the market's attention on the Iran sanctions again, even though the market is adequately supplied at present thanks to the increase in OPEC and Russian production."

A Nigerian oil industry official said OPEC will act to balance the market after oil prices hit a four-year high, but its options may be limited by available spare capacity.

(Additional reporting by Amanda Cooper in London and Aaron Sheldrick in Tokyo; Editing by David Gregorio and Sandra Maler)