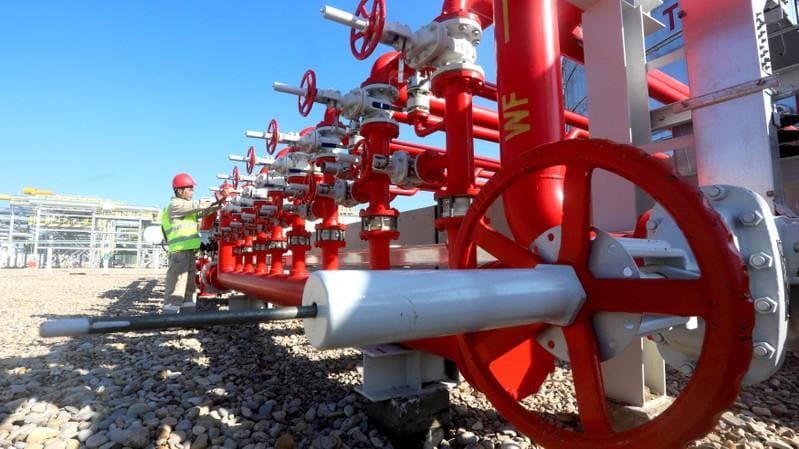 NEW YORK (Reuters) - Oil prices tumbled on Tuesday after reports of swelling inventories and forecasts of record U.S. and Russian output hitting a market that may see weaker demand if global growth deteriorates as many expect.

World stock markets inched higher on Tuesday as investors looked ahead to whether the U.S. Federal Reserve will be able to raise interest rates much further. Equity markets have had steep declines over the last two months.

Investor confidence is deteriorating, with more fund managers expecting global growth to weaken over the next 12 months, the worst outlook in a decade, Bank of America Merrill Lynch's December investor survey showed.

"There was a flood of supply slide news yesterday which, in combination with the demand destruction that the stock market slide implied, got us below $50 (a barrel for U.S. crude), and that gave us a strong sell signal," said Bob Yawger, director of futures with Mizuho in New York.

Both oil benchmarks have shed more than 30 percent since early October due to swelling global inventories. Volumes were low on Tuesday heading into the holiday season, and ahead of expiry for the front-month U.S. crude futures contract.

Japan's Nikkei lost 1.8 percent after U.S. stocks dropped to their lowest in more than a year.

"A large part of the move is due to a broader market sell-off, with both U.S. and Asian equity markets coming under pressure," said commodities strategist Warren Patterson at Dutch bank ING in Amsterdam.

The Organization of the Petroleum Exporting Countries and other oil producers agreed this month to curb production by 1.2 million barrels per day (bpd), equivalent to more than 1 percent of global demand, in an attempt to drain tanks and boost prices.

But the cuts will not happen until next month and production has been at or near record highs in the United States, Russia and Saudi Arabia.

Britain's largest oilfield, Buzzard, restarted after repairs on pipework, a spokesman for operator Nexen said on Monday. Buzzard produces about 150,000 barrels per day and is the largest contributor to the Forties pipeline which brings oil to shore from more than 50 fields.

The United States has surpassed Russia and Saudi Arabia as the world's biggest oil producer, with total crude output climbing to a record 11.7 million bpd.

(Additional reporting by Koustav Samanta in Singapore and Christopher Johnson in London; Editing by Dale Hudson)