By Scott DiSavino NEW YORK (Reuters) - Oil prices slipped on Tuesday as worries that lockdowns to fight a new surge in coronavirus cases could hit short-term demand outweighed hopes for a vaccine and the possibility of tighter OPEC+ supply policies. Brent futures fell 33 cents, or 0.8%, to $43.49 a barrel by 12:19 p.m. 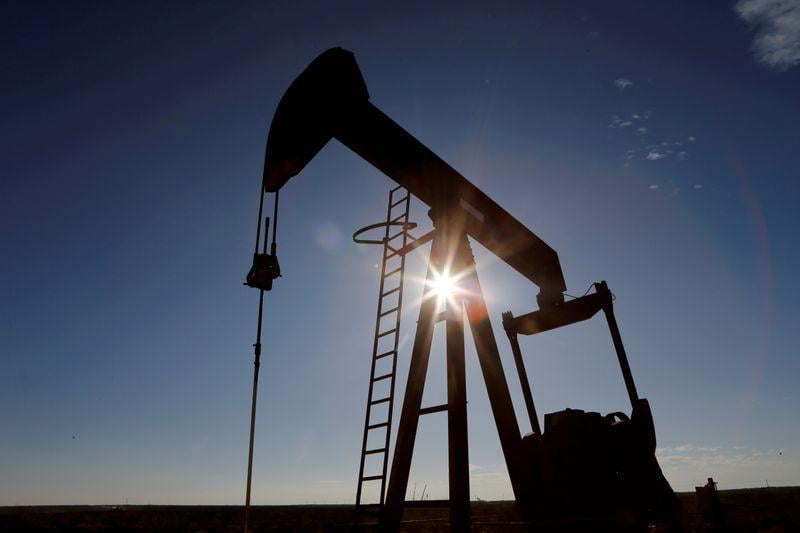 NEW YORK (Reuters) - Oil prices slipped on Tuesday as worries that lockdowns to fight a new surge in coronavirus cases could hit short-term demand outweighed hopes for a vaccine and the possibility of tighter OPEC+ supply policies.

"Concerns of more lockdowns are hurting near-term demand expectations," said Phil Flynn, senior analyst at Price Futures Group in Chicago, noting the market was balancing those concerns against prospects that a vaccine will allow oil demand to return to normal.

On Monday, Brent closed at a 10-week high following Moderna Inc's announcement that its coronavirus vaccine was 94.5% effective. That followed last week's news from Pfizer Inc that its vaccine was more than 90% effective.

To tackle weaker energy demand, Saudi Arabia called on fellow OPEC+ members on Tuesday to be flexible in responding to oil market needs as it builds the case for a tighter oil production policy in 2021.

OPEC+, which groups the Organization of the Petroleum Exporting Countries (OPEC), Russia and others, lowered its outlook on oil demand growth for 2021, according to a confidential document seen by Reuters.

OPEC+ held a ministerial committee meeting on Tuesday that made no formal recommendation. The group will hold a full meeting on Nov. 30-Dec. 1.

An option gaining support among OPEC+ nations is to keep the existing cuts of 7.7 million barrels per day (bpd) for a further three to six months, sources said, rather than tapering the reduction to 5.7 million bpd in January.

In the United States, meanwhile, analysts said crude inventories likely rose 2 million barrels during the week ended Nov. 13 after gaining 4.3 million barrels in the prior week, according to a Reuters poll.

The poll was conducted ahead of reports from the American Petroleum Institute (API) industry group at 4:30 p.m. EST on Tuesday and the U.S. Energy Information Administration on Wednesday.

(Additional reporting by Bozorgmehr Sharafedin in London and Jessica Jaganathan and Roslan Khasawneh in Singapore; Editing by Edmund Blair and Jason Neely)