By Stephanie Kelly NEW YORK (Reuters) - Oil prices rose more than $1 a barrel on Tuesday after news that China and the United States were rekindling trade talks ahead of a meeting at the G20 summit later this month, spurring hopes that the two countries would resolve an ongoing trade war. Tensions in the Middle East after last week's tanker attacks, with the U.S. 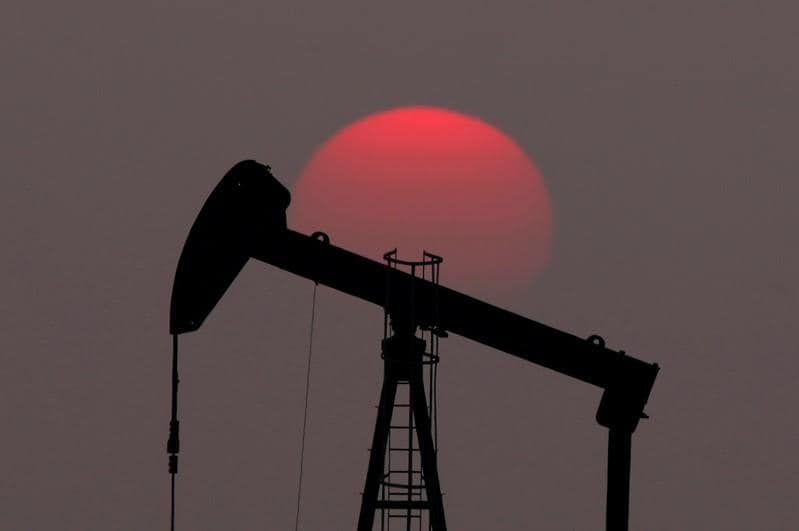 NEW YORK (Reuters) - Oil prices rose more than $1 a barrel on Tuesday after news that China and the United States were rekindling trade talks ahead of a meeting at the G20 summit later this month, spurring hopes that the two countries would resolve an ongoing trade war.

"Had a very good telephone conversation with President Xi of China. We will be having an extended meeting next week at the G-20 in Japan. Our respective teams will begin talks prior to our meeting," U.S. President Donald Trump tweeted.

China, which previously declined to say whether the two leaders would meet, confirmed the get-together.

"A common element that supported both (the oil and stock markets) from our perspective was the apparent increased possibility that some type of trade agreement could be worked out that could curtail the perceived downward economic growth path that has weighed heavily on the oil complex in recent weeks," Jim Ritterbusch of Ritterbusch and Associates said in a note.

Fears of a confrontation between Iran and the United States have mounted since last Thursday's oil tanker attacks, which Washington has blamed on Tehran. Iran has denied involvement.

Trump said he was prepared to take military action to stop Tehran having a nuclear bomb but left open whether he would sanction the use of force to protect Gulf oil supplies.

Iran on Monday said it would breach internationally agreed curbs on its stock of low-enriched uranium within 10 days, adding that European nations still had time to save a landmark nuclear deal.

Acting U.S. Defense Secretary Patrick Shanahan announced on Monday the deployment of about 1,000 more troops to the Middle East for what he said were defensive purposes, citing concerns about a threat from Iran.

Market participants are also awaiting a meeting between the Organization of the Petroleum Exporting Countries and other producers including Russia, a group known as OPEC+, to decide whether to extend a supply reduction pact that ends this month.

OPEC and non-OPEC states are discussing holding meetings on July 10-12 in Vienna, a date range proposed by Iran, OPEC sources said on Tuesday.

Russian Energy Minister Alexander Novak said on Tuesday it was too early to make any decisions about the future of the agreement because of market uncertainties.

Oil prices have fallen by more than 15% from April's 2019 highs, partly because of concerns over the U.S.-China trade war and disappointing economic data.

High U.S. crude stockpiles, partly due to growing domestic production, has also weighed on the market. Commercial stocks were at their highest since July 2017 and about 8% above the five-year average for this time of year, according to government data last week.

After two consecutive weeks of unexpected builds, U.S. crude stocks were forecast to have dropped by 1.1 million barrels last week, according to analysts polled by Reuters. Industry data is due at 4:30 p.m., followed by official estimates on Wednesday.

(Additional reporting by Ahmad Ghaddar in London and Aaron Sheldrick in Tokyo; Editing by Marguerita Choy and Jan Harvey)