By David Gaffen NEW YORK (Reuters) - Oil surged on Wednesday, erasing some of the steep losses that have taken crude benchmarks to lows not seen in 1-1/2 years on perceptions the price slide has gone too far, too fast. 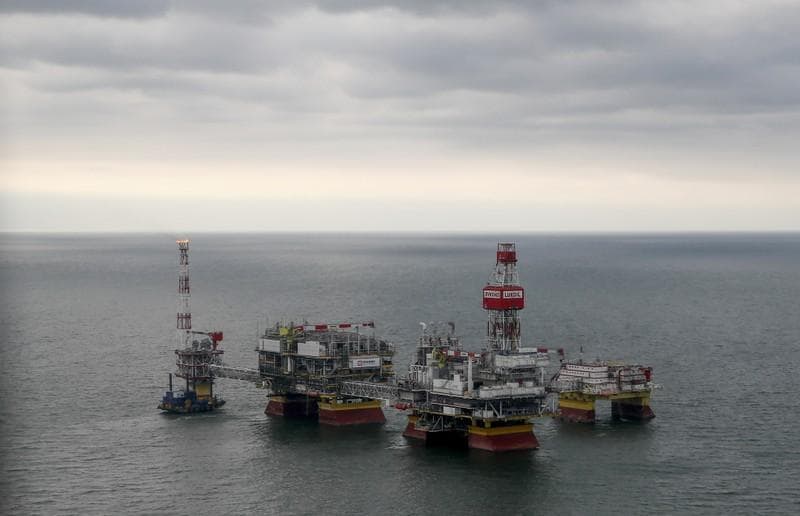 NEW YORK (Reuters) - Oil surged on Wednesday, erasing some of the steep losses that have taken crude benchmarks to lows not seen in 1-1/2 years on perceptions the price slide has gone too far, too fast.

Both U.S. and Brent crude were more than 6 percent higher on Wednesday, but it was unclear if the move would see any follow-through when trading desks are more fully staffed after the beginning of the new year.

Crude has been caught up in wider market weakness as the U.S. government shutdown, higher U.S. interest rates and the U.S.-China trade dispute unnerved investors and exacerbated worries over global growth.

"The market is still really concerned about demand," said Bernadette Johnson, vice president in market intelligence at DrillingInfo in Denver. The sell-off "doesn't signal strength of confidence in demand, but we still went too far too quick. We still believe $45 is too low."

Recent selling "has felt less fundamentally driven and more a function of the overall market meltdown as increased equity volatility and growing macro concerns have weighed on a number of asset classes," wrote analysts at Tudor, Pickering & Holt.

Funds have incurred heavy losses in oil markets this year, with the average commodity trading adviser fund, or CTA, down by 7.1 percent on the year through mid-December, according to Credit Suisse data. Funds took big bets on oil's rally, only to see the commodity drop by more than 40 percent since the October highs.

The head of Russian oil company Rosneft, Igor Sechin, predicted an oil price of $50 to $53 in 2019, far short of the four-year high of $86 for Brent crude reached earlier this year.

Still, oil's outlook is not as weak as in 2016 when a supply glut built up, because the Organization of the Petroleum Exporting Countries this time is trying to prop up the market, Jakob said.

OPEC and its allies including Russia decided earlier this month to cut production in 2019, unwinding a June decision to pump more oil. The combined group plans to lower output by 1.2 million bpd next year.