By David Shepardson WASHINGTON (Reuters) - The U.S. National Transportation Safety Board (NTSB) on Tuesday took Uber to task for what it said were weaknesses in its approach to safety as it laid out its findings in the investigation of the first-ever death involving a self-driving vehicle, which also cited the vehicle's back-up safety driver. It said state and federal regulators need to do more to safeguard drivers on public roads 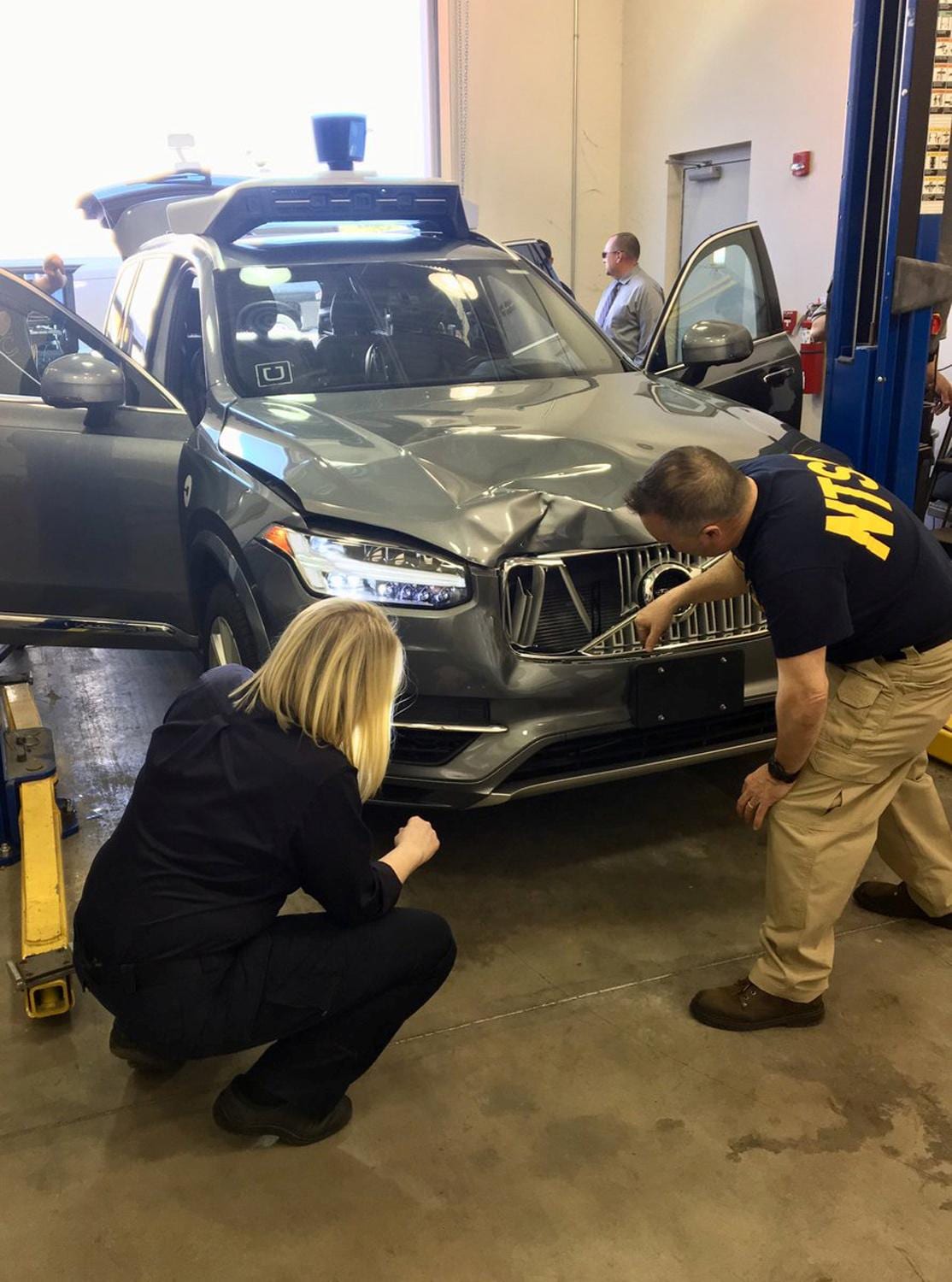 It said state and federal regulators need to do more to safeguard drivers on public roads.

The crash in March 2018 killed 49-year-old Elaine Herzberg as she was walking a bicycle across a street at night in Tempe, Arizona.

"The collision was the last link of a long chain of actions and decisions made by an organization that unfortunately did not make safety the top priority," NTSB Chairman Robert Sumwalt said. The board criticized a series of decisions by Uber that it said were the result of "ineffective safety culture" at the time.

The NTSB voted 3-0 that the probable cause of the Uber crash was the failure of the back-up safety driver to monitor the driving environment "because she was visually distracted throughout the trip by her personal cell phone."

Police have said the crash was "entirely avoidable" and that the operator was watching "The Voice" TV program at the time of the crash. Police have not decided if the driver could face charges.

Nat Beuse, head of safety for autonomous vehicle efforts of the ride-sharing company Uber, said in a statement that the company remains "committed to improving the safety of our self-driving program" after making significant improvements.

The board also cited the pedestrian’s crossing outside a crosswalk and the Arizona Department of Transportation’s insufficient oversight of autonomous vehicle testing.

The NTSB urged the National Highway Traffic Safety Administration (NHTSA) to require entities testing self-driving vehicles submit a safety self-assessment report to the agency and for the agency to determine if plans include appropriate safeguards and said states should do more to oversee the vehicles.

NHTSA said would carefully review the NTSB's recommendations. It added in a statement, "It’s important for the public to note that all vehicles on the road today require a fully attentive operator at all times."

The board said only a small number companies actually submit the assessments and some offer little useful information.

While Uber has made significant improvements, Sumwalt will tell a U.S. Senate panel on Wednesday he has broader concerns about safety issues in the self-driving vehicle sector. "We remain concerned regarding the safety culture of the numerous other developers who are conducting similar testing," Sumwalt's testimony seen by Reuters said.

The NTSB's recommendations will likely reverberate across the industry. The Arizona crash was the first-ever death attributed to an autonomous vehicle and prompted significant safety concerns about the nascent self-driving car industry, which is working to get vehicles into commercial use.

The NTSB previously disclosed that the Uber vehicle had significant software flaws, noting the software failed to properly identify Herzberg as a pedestrian and did not include a consideration for jaywalking pedestrians. Herzberg was not crossing at an intersection. Uber had also deactivated a Volvo automatic emergency braking system in the XC90 test vehicle it had modified.

The NTSB said on Tuesday it planned to identify the need for "safety risk management requirements for testing automated vehicles on public roads," signalling a broader question about how advanced vehicles are tested and U.S. government oversight.

In the aftermath of the crash, Uber suspended all testing of self-driving vehicle. It resumed testing last December in Pennsylvania with revised software and significant new restrictions and safeguards.

In March, prosecutors in Arizona said Uber was not criminally liable in the self-driving crash. Police are still investigating whether the safety driver who was behind the wheel and supposed to respond in the event of an emergency should face criminal charges.