(Reuters) - Having grown rapidly to become Europe's third-largest low-cost airline and one of the few to apply the budget model to transatlantic flights, Norwegian Air is fighting for its survival again, having asked an Irish court to oversee a restructuring of its massive debt on Wednesday. 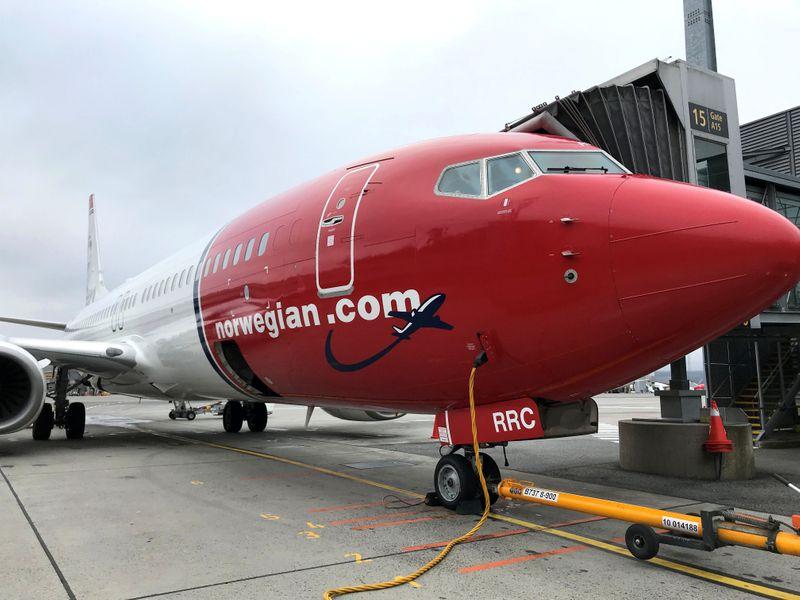 (Reuters) - Having grown rapidly to become Europe's third-largest low-cost airline and one of the few to apply the budget model to transatlantic flights, Norwegian Air is fighting for its survival again, having asked an Irish court to oversee a restructuring of its massive debt on Wednesday.

Following are key dates in the company's 27-year history.

Nov. 9: The Norwegian government says that it will not provide additional financial support for the cash-strapped carrier

Aug. 28: Norwegian Air says it will need to secure funding this year for the next 18 months or more to see it through the COVID-19 pandemic after reporting first-half losses of $610 million.

May 18: Norwegian Air completes a cut-price share sale and wins bondholders' backing for a refinancing, allowing it to continue operating with a slimmed-down schedule.

March 16: Norwegian says it is cancelling 85% of its flights and temporarily laying off 7,300 employees because of the coronavirus outbreak.

March 5: Company scraps its 2020 earnings guidance and cancels some of its transatlantic flights.

Feb. 13: Norwegian says it will make deeper capacity cuts in 2020 than previously announced as it aims to return to profit after three consecutive years of losses.

Nov. 20: Appoints Jacob Schram as CEO. Schram, who does not have a background in aviation, had worked for consulting company McKinsey among previous roles.

Nov. 5: Raises 2.5 billion Norwegian crowns to meet its cash needs through 2020 with its third share sale in two years and a bond issue.

Sept. 16: Norwegian's bondholders accept the company's plea to postpone repayment of $380 million by up to two years.

March 12: Norwegian grounds its Boeing 737 MAX 8 jets after a fatal crash of an Ethiopian Airlines 737 MAX.

Feb. 18-19: Norwegian announces deep-discount share issue at only a third of the market price.

Jan. 24: International Consolidated Airlines Group (IAG), the owner of British Airways, says it will not make a bid for Norwegian and will sell its stake in the company.

May 4: Board confirms that it has received two separate conditional proposals from IAG Group in relation to an acquisition of 100% of its share capital.

Norwegian raises 1.3 billion crowns in a share sale to help to fund its expansion and cope with higher fuel costs after warning of a larger than expected loss in the quarter.

Jan. 25: Norwegian orders 122 planes from Boeing, 100 of which are Boeing 737 MAX 8 jets. The airline also enters agreement with Airbus about buying 100 Airbus A320neo jets. In total, the planes are worth 127 billion Norwegian crowns.