OSLO (Reuters) - Norwegian Air has agreed with Airbus and Boeing to reschedule delivery of aircraft to cut capital spending, the loss-making budget carrier said on Wednesday. 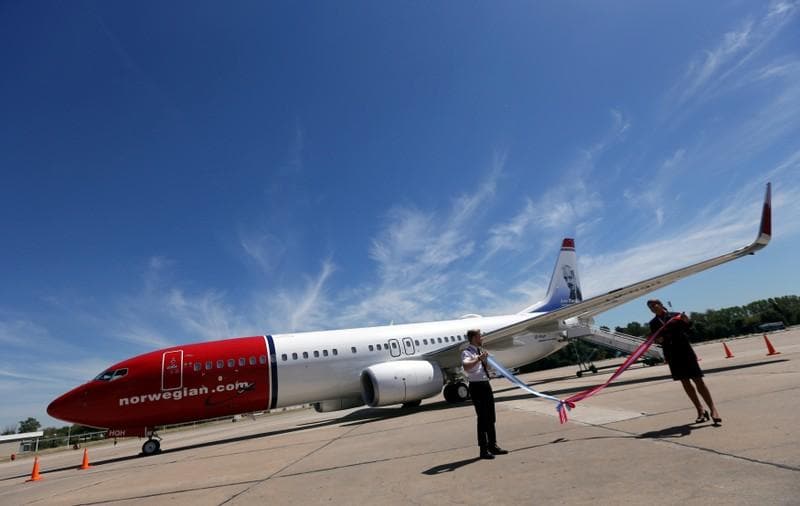 OSLO (Reuters) - Norwegian Air has agreed with Airbus and Boeing to reschedule delivery of aircraft to cut capital spending, the loss-making budget carrier said on Wednesday.

The Oslo-listed airline has shaken up the long-haul market by offering cut-price transatlantic fares, but its rapid expansion has left it with hefty losses and high debts.

In total, the announced restructurings and postponements of Boeing and Airbus aircraft delivery will reduce capital expenditure for 2019 and 2020 by $2.1 billion, the company said.

Norwegian said it would provide updated total capex guidance on Thursday, when it reports first-quarter results.

The company said its Dublin-based subsidiary Arctic Aviation Assets DAC had reached an agreement with Boeing to postpone delivery of 14 737 MAX aircraft which were originally due in 2020 and 2021.

In a separate statement, it also said that the subsidiary had agreed in principle with Airbus to restructure delivery schedule of both A320neos and A321LRs.

The deal with Airbus would reduce capital expenditure by approximately $670 million for 2019 and 2020, and $2.4 billion over the next five years, Norwegian added.

Those savings come on top of the reductions from the previously announced postponements, it said.

The company said in the report it expected in 2019 to take delivery of five new Boeing 787 Dreamliners, which it uses on its intercontinental routes, as previously planned.